Treating heart attack patients with ticagrelor reduces the risk of stents blocking with blood clots according to a ground breaking new study conducted by researchers from the University of Sheffield. 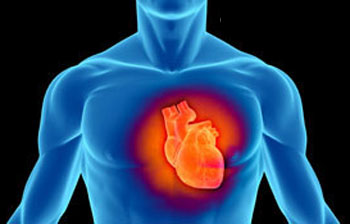 The new findings confirm that treating heart attack patients with the pioneering drug ticagrelor, instead of the previous standard treatment clopidogrel, could halve the risks of stents blocking with blood clots, which usually requires a repeat operation or can even be fatal.

The results of the study were announced at the American Heart Association 2014 Meeting in Chicago, by Dr Javaid Iqbal from the University’s Department of Cardiovascular Science.

After leading UK investigations into ticagrelor, the city of Sheffield and the surrounding region adopted ticagrelor as the preferred treatment for heart attack patients in February 2012.

This analysis, which was led by doctors from the University of Sheffield and Sheffield Teaching Hospitals, shows that the early adoption of this pioneering treatment has reduced the risk of patients needing a repeat operation as a result of stent blockage.

Early indications suggest that this might have prevented premature deaths, as had been suggested in the PLATO study, which included over 18,000 patients worldwide.

Professor Robert Storey, from the University’s Department of Cardiovascular Science and Honorary Consultant in Cardiology at Sheffield Teaching Hospitals, the study senior investigator who led UK investigations of ticagrelor, said: "Having previously demonstrated benefits of ticagrelor in comparison to clopidogrel in our research and then having used our research findings to change our practice, we have now shown what benefits this can bring to heart attack patients.

“Our findings now confirm what we had seen in clinical trials and show how clinical research can really improve the outlook for heart attack victims.

“We are really grateful to all the patients who have participated in our research studies and can now demonstrate how beneficial their contributions have been.”

Ticagrelor was invented by scientists in the UK and developed by AstraZeneca. The National Institute for Clinical Health and Excellence (NICE) approved ticagrelor as a cost-effective treatment for heart attack patients in October 2011.

After waiting for this approval, hospitals and GP practices across South Yorkshire were early adopters of ticagrelor and have used this instead of clopidogrel in the majority of heart attack victims since February 2012, in line with recommendations by the European Society of Cardiology.

However, some areas of the UK have faced barriers to the introduction of ticagrelor as a consequence of its higher cost compared to clopidogrel, despite the endorsement by NICE that ticagrelor is cost-effective. This has led to inequity of access to a treatment that has the best evidence for reducing the risk of dying in the year after a heart attack.

Professor Storey added: “Hopefully our new data will help to convince other doctors of the benefits of adopting this new treatment.”

The University of Sheffield
With almost 26,000 of the brightest students from around 120 countries, learning alongside over 1,200 of the best academics from across the globe, the University of Sheffield is one of the world’s leading universities.
A member of the UK’s prestigious Russell Group of leading research-led institutions, Sheffield offers world-class teaching and research excellence across a wide range of disciplines.
Unified by the power of discovery and understanding, staff and students at the university are committed to finding new ways to transform the world we live in.
In 2014 it was voted number one university in the UK for Student Satisfaction by Times Higher Education and in the last decade has won four Queen’s Anniversary Prizes in recognition of the outstanding contribution to the United Kingdom’s intellectual, economic, cultural and social life.
Sheffield has five Nobel Prize winners among former staff and students and its alumni go on to hold positions of great responsibility and influence all over the world, making significant contributions in their chosen fields.
Global research partners and clients include Boeing, Rolls-Royce, Unilever, AstraZeneca, Glaxo SmithKline, Siemens and Airbus, as well as many UK and overseas government agencies and charitable foundations.