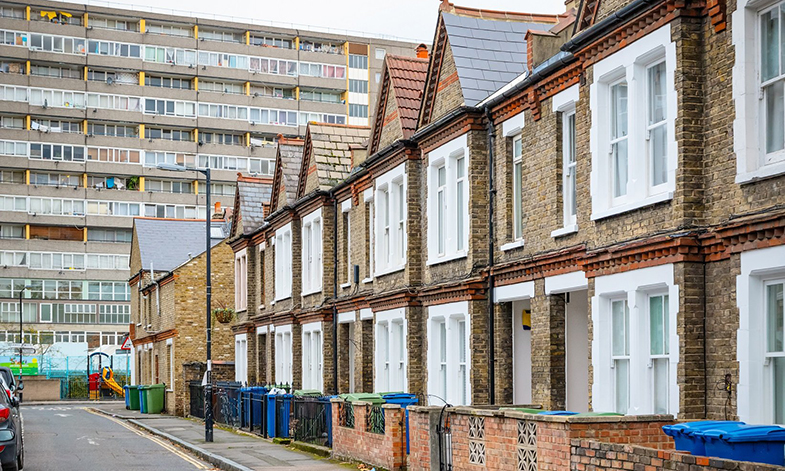 The University of Sheffield is part of a new research partnership supporting UK 2070, an independent Commission into the UK’s regional inequalities which has been launched at a reception in the House of Lords today (9 October 2018).

The Commission’s inquiry will examine the nature of inequalities across the regions and nations of the UK, explore the costs and consequences, identify underlying causes, and make recommendations for new policies to tackle the problems of poorer places, whilst supporting the sustainable growth of successful places.

“There will always be differences between places, but Britain has some of the most extreme regional disparities in the developed world - these impose great costs on society, and handicap our economic performance and productivity,” said former Civil Service Head Lord Kerslake, who is chairing the inquiry.

“It does not have to be like this – as many other countries demonstrate.”

Professor Alasdair Rae, from the University of Sheffield’s Department of Urban Studies and Planning and one of the Commissioners, said: "I'm delighted to be involved in the UK 2070 Commission, but not because it draws upon my experience as an urban and regional analyst. Instead, I'm excited by the fact that our Chair, Lord Kerslake, is starting this critically important work by listening to what others have to say about the state of urban and regional inequalities in the UK."

He added: “Expert commentators often assume that they know what the problems are, and that it’s just the political will to fix them that we're missing. This may be the case, but it may not, so through the work of the UK 2070 Commission we're seeking to go beyond tired ideas of 'north vs south' or 'London vs the rest' to truly understand the nature of the UK's persistent regional inequalities and what can be done about it.

Through the work of the UK 2070 Commission we're seeking to go beyond tired ideas of 'north vs south' or 'London vs the rest' to truly understand the nature of the UK's persistent regional inequalities and what can be done about it.

“It is only by taking a long-term approach that something can be done, and that's why we're looking to the long-term with this Commission."

“We need strategies for places left behind as much as places with economic potential, in Britain and America alike,” said Armando Carbonell from the Lincoln Institute for Land Policy, which is also helping to fund the study. “Laissez faire and abandonment is just not an option - the social and political consequences are too damaging, and could put our social cohesion and democratic institutions at risk. We hope to learn much from this inquiry, which will be of relevance to both Britain and to the USA.”

Judith Blake, Leader of Leeds City Council and Chair of Core Cities, said: “In part the problems are caused by historic factors, but we need to find out whether they are also shaped by government decisions which have not been thought through.

“These may include concentrating resources for growth and development in congested places and generating demands for new infrastructure, whilst putting pressure on the environment.”

Find out more about the UK 2070 Commission

Armando Carbonell
Chair of the urban planning program at the Lincoln Institute of Land Policy in Cambridge, Massachusetts

Jagjit Chadha
Director of the National Institute for Economic and Social Research (NIESR).

Ed Cox
Director of Public Services and Communities within the Action Research Centre of the RSA.