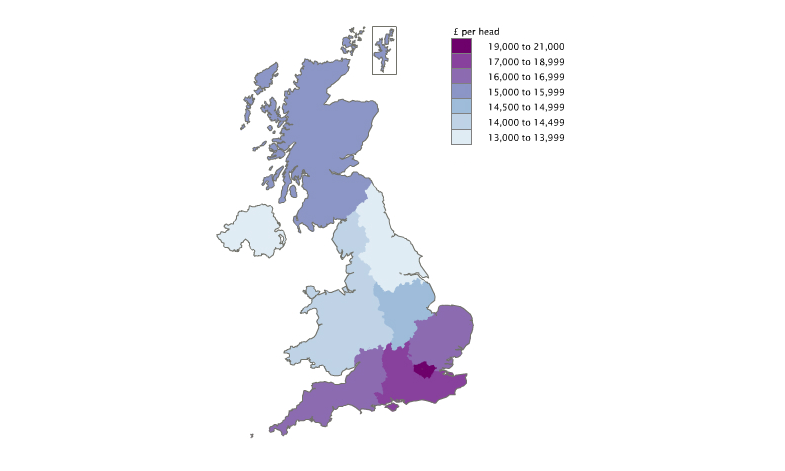 A leading regional scientist has called on the government and the media to acknowledge the fact that the UK has higher levels of regional inequality than any other large wealthy country.

Analysis by Professor Philip McCann at the University of Sheffield has shown that the UK is more interregionally unequal than the United States, France, Germany, Spain, Sweden and South Korea.

The only wealthy countries with higher levels of regional inequality are Slovakia and Ireland – so across a very broad range of 28 indicators, the UK is interregionally more unequal than 28 other advanced Organisation for Economic Co-operation and Development (OECD) countries.

Professor McCann is concerned that government responses and mainstream policy debates barely address this issue, and it rarely makes media headlines. In November 2018, the fact-checking organisation Fullfact argued that the UK has only average levels of interregional inequality – a misleading narrative that was proliferated by high-profile journalists.

Professor McCann has been awarded the European Regional Science Association (ERSA) European Prize in Regional Science 2019. He used his ERSA Prize Lecture in Lyon to urge politicians and the media to gain a stronger understanding of regional science and overcome inaccurate narratives, in order to address this ‘geography of discontent’.

Professor Philip McCann, Chair in Urban and Regional Economics at the University of Sheffield and winner of the ERSA European Prize in Regional Science 2019, said: “The dominant media narrative explaining the UK’s geography of discontent – or why Brexit supporters are concentrated in certain areas – has come to focus on inequalities between cities and towns, rather than between regions. This is total nonsense.

“Wide-ranging evidence suggests that the UK almost certainly has the highest level of regional inequality of any large wealthy country in the world. In many ways, the economic geography of the UK is reminiscent of a much poorer country at an earlier stage of economic development.

“Major differences in local productivity are a primary source of the geography of discontent and they are also a challenge to a country’s institutional and governance structures. It is likely that the enormous imbalances within the UK are heavily related to the over-centralised national governance system.

“Significant devolution and decentralisation of power should be a key priority for helping to counter the geography of discontent. It’s essential that those in power use regional science to improve their understanding of regional economic realities and overcome inaccurate national media and political narratives.”