The University of Sheffield has been voted number one in the Russell Group and third best university nationally, with its Students' Union voted best in the UK for the ninth year in a row by the Times Higher Education Student Experience Survey 2017. 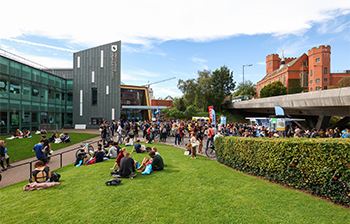 The findings from the annual survey of 15,826 students reaffirm the University of Sheffield as a unique place to study and a global leader in research and teaching, as well as an institution giving students an unrivalled, rich experience in a city unlike any other in the UK.

The University’s Students’ Union, located at the heart of campus, plays a key role in the student experience, offering over 300 student clubs and societies and a place where talented students from across the globe can come together to try new activities, exceed their expectations and make new friends.

Another example of the University’s commitment to​ ​student experience is the global #WeAreInternational campaign, which demonstrates the importance of providing the best support for learners from across the world. The campaign, which is now backed by more than 100 universities, education institutions and international organisations, was jointly founded by the University’s President and Vice-Chancellor and the Students’ Union. Supported by cross-parliamentary MPs, the campaign highlights the crucial value of international students to the UK.

Professor Wyn Morgan, Vice-President for Education at the University of Sheffield, said: "We are delighted to be rated once again so highly for our exceptional student experience.

“We take great pride in offering a student experience that is both enriching and inspiring as we know making the choice as to where to study is about more than simply an investment in your career.

“University is a life changing opportunity to broaden students’ horizons, help them develop socially and academically​,​ and transform their future.”

He added: “Results from this vital student survey vary annually but we’re proud that Sheffield is unique in having consistently been in the top three universities. Combined with the Student Union’s ninth consecutive top place ranking, it is clear the University of Sheffield continues to offer the best student experience in the country.”

The results are part of a run of success for the University’s Students’ Union, which last week topped the Student Barometer survey, taking the number one spot with 98 per cent satisfaction.

“This is a testament to our brilliant services and facilities available to students and all the dedicated staff, students and volunteers who work incredibly hard to create a truly inclusive community that Sheffield students love to be a part of. I’m proud to think that we offer one of the best university experiences that students will cherish for the rest of their lives.” 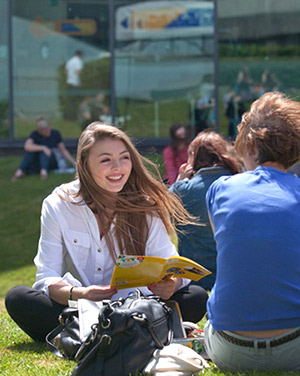 Visit our undergraduate web pages to find out why Sheffield is the number one university in the Russell Group for student experience.