A company supported by start-up coaches from the University of Sheffield Enterprise (USE) has launched a second round of crowdfunding as it expands into the £6bn UK private tuition industry. 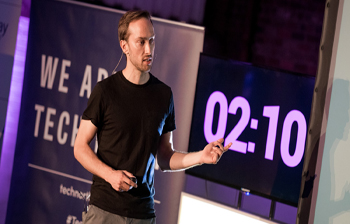 Sheffield-based Tutora was founded by University of Sheffield graduate Scott Woodley, a former teacher fed-up with the difficulty parents faced in trying to find a tutor for their children. It helps parents and families find the very best tutors who are local to them.

Last year the company, which was initially based in the USE’s co-working space, raised £150k via Crowdcube allowing the business to begin creating jobs and scaling rapidly.

Since then, the company has achieved 700% monthly growth revenue and is now the third largest tuition company in the UK.

The company is still based in Sheffield and hopes to raise a new round of £350k at a £4.2 million pre-money valuation. The funds will be used to further enhance their site, offer online tuition and develop apps for both students and tutors.

Tutora is one of a number of successful companies which has received support from USE. The centre seeks to stimulate new ideas and supports students and graduates of the University to make their entrepreneurial ideas happen.

Sara Pates, Head of Enterprise at the University of Sheffield, said: “It’s fantastic that Tutora continue to grow and succeed, using new innovative ways of raising money whilst operating from their base in Sheffield. “

The crowdfunding campaign got underway this week.

To find out more information about the crowdfunding campaign, visit Crowdcube.