Looking back on a year to remember at the University 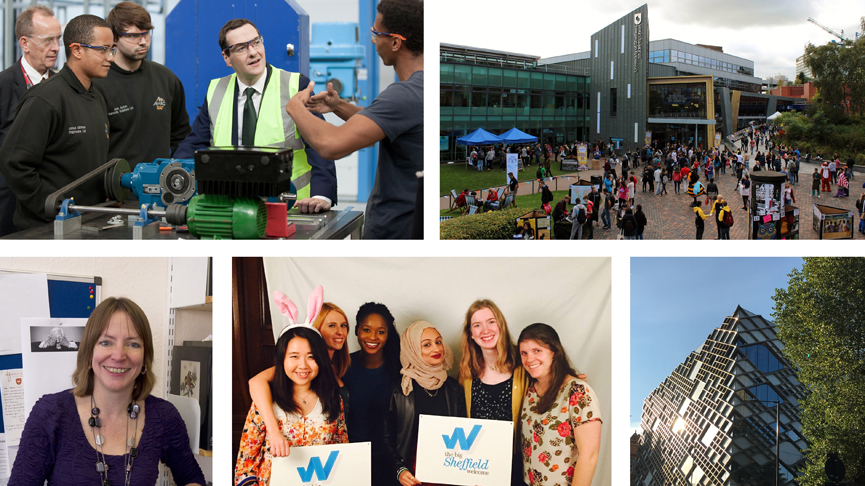 As the year draws to a close and the festive period gets underway, we look back at the past 12 months at the University of Sheffield – a year that has seen high profile visits, the launch of one of the biggest postgraduate scholarship schemes in the country and the University reaffirming its position amongst the top 100 universities in the world in the Times Higher Education World Universities Rankings.

The year kicked off to an excellent start with the University ranked one of the best UK employers in the Stonewall Workplace Equality Index 2015 for its support for Lesbian, Gay and Bisexual (LGB) staff.

This commitment to inclusivity continued with the University offering £2.2 million worth of postgraduate scholarships and lobbying for the age barrier to be removed for postgraduate loans.

This directly resulted in Government changes to allow anyone up to the age of 60 wishing to study the chance to apply for a loan, ensuring cost is not a barrier to education.

Prominent visits to the University in 2015 included Universities Minister Jo Johnson and Chancellor George Osborne, who announced a historic Northern devolution deal for Sheffield during a visit to the University’s world-leading Advanced Manufacturing Research Centre (AMRC).

From mummification in Bronze Age Britain to the creation of pollution busting flags for petrol stations, the University’s work hit the headlines this year. Amongst the highlights was a story which saw academics from the University develop and test a bomb-proof lining which can contain explosions in the luggage hold of planes.

Another research highlight was the launch of Energy 2050, a new group at the University aimed at tackling the world’s energy challenges at a time when the UK is committed to reducing greenhouse gas emissions by at least 80 per cent by 2050.

In 2015, Sheffield City Council and the University collaborated on many projects, including the ‘Grey to Green’ regeneration project in Sheffield’s Riverside and Castlegate area, which will transform a mile of redundant road. The University also found itself at the heart of Sheffield’s cultural life once again, opening its research to the public with festivals including the Mobile University and Krebs Fest.

And with student experience at the core of the University’s offer, in September, the new £81m Diamond building - with over 1,000 study spaces and specialist teaching facilities including an aerospace simulation lab - opened for teaching. Besides, the University’s Students’ Union was voted the best in the UK for the fourth year running in the National Student Survey (NSS).

The year wrapped up with the installation of a new Chancellor, The Right Honourable Lady Justice Rafferty, DBE, who joins Pro-Vice-Chancellor Wyn Morgan and Deputy Vice-Chancellor, Professor Shearer West, as new appointments to take the University into 2016 and beyond.

Reflecting on the last year, Professor Shearer West said: “I think 2015 has been a great year for the University.

“We have reaffirmed our position amongst the top 100 universities in the world, demonstrating research excellence, world-class teaching and outstanding facilities.”

Looking ahead to 2016, the University’s Factory 2050 is expected to be fully operational by spring. The £43m development on Sheffield Business Park will be home to advanced robotics, cutting-edge manufacturing and 3D printing and will contribute almost £2m to Sheffield’s economy every year.

Professor West added: “I look forward to building on this year's success throughout 2016, in terms of achievement, recruitment and continuing to raise our world-class reputation.”