Sporting students from the University of Sheffield are celebrating after being crowned Varsity champions for the first time in ten years. 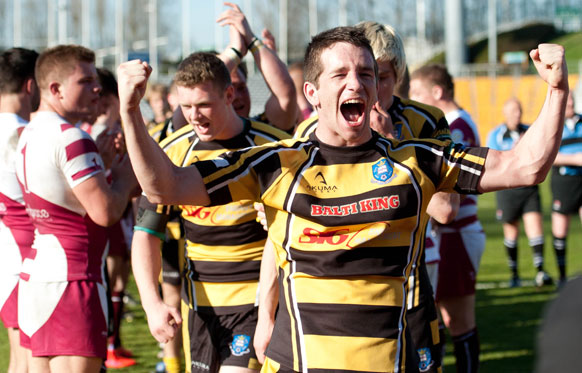 The University's finest sportsmen and women stormed to victory against Sheffield Hallam University – taking home the prestigious trophy for the first time in a decade by two points. 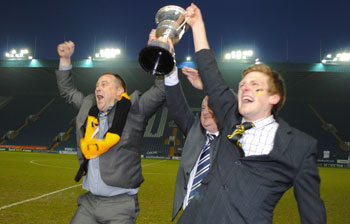 Varsity 2013 was the 17th annual sporting tournament between the two rival institutions and is the biggest sporting event in the universities calendar. This year's gruelling competition consisted of 40 sports, with over 60 fixtures played in 23 venues across the city.

The tournament culminated in a nail biting finish after the final day of competition was postponed due to freezing temperatures and snow.

Thousands of spectators attended the final match of the sporting festival on Wednesday (10 April 2013) between the men's first football teams at the historic Hillsborough Stadium.

The match, which finished 1-0 to Sheffield Hallam, helped to raise money for Bluebell Wood Children's Hospice in Sheffield which is raising funds to open a new end of life suite.

The competition is organised each year by elected student Sports Officers from each of the city's universities. 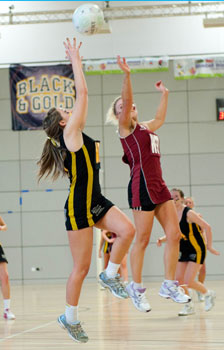 "This year we had the mental edge over Hallam, there was a real belief among the competitors that this would be our year. We were determined not to let them have 10 years undefeated and we showed a ruthless streak throughout the competition.

"I'm immensely proud of all our competitors and supporters. The commitment they've show to the cause is astounding and long may it continue. It's been a privilege working with Sheffield Hallam University on the events and my commiserations go out to them."

The University of Sheffield took 36.5 of the 71 points on offer throughout the tournament. Emphatic wins were recorded by the University's Equestrian Team, Futsal Team, Women's Lacrosse Team and Men's 1st and 2nd Tennis Teams.

Andy Cox, Club Sport Manager at Sport Sheffield, said: "We are so proud of what our students have achieved this year so far. The students have performed amazingly and I strongly believe with the increased support this year from the University of Sheffield that this has made a significant increase. The students are so proud to represent the University of Sheffield and wear the black and gold.

"We have a strong work ethic, strong team and community spirit and a real desire to improve what we are doing year on year. Adding a Varsity win to an already great sporting year is the icing on the cake and will motivate us all to achieve more next year!"

He said: "As I am sure you can image I am gutted to lose Varsity 2013; and I know how devastated Team Sheffield Hallam will be. However I don't want any of the athletes to feel at all disheartened as the commitment and dedication they have shown throughout the competition is something I am so proud of and won't be forgotten.

"Unfortunately 2013 wasn't our year, but this will only make us more determined to come back fighting even harder, ready for Varsity 2014. My congratulations must go to the University of Sheffield for their win and for helping organise a great competition."