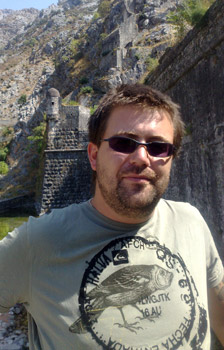 Research from the University of Sheffield has discovered that the ancient civilisation of Crete, known as Minoan, had strong martial traditions, contradicting the commonly held view of Minoans as a peace-loving people.

The research, carried out by Dr Barry Molloy of the University of Sheffield’s Department of Archaeology, investigated the Bronze Age people of Crete, known by many as the Minoans, who created the very first complex urban civilisation in Europe.

“Their world was uncovered just over a century ago, and was deemed to be a largely peaceful society,” explained Molloy. “In time, many took this to be a paradigm of a society that was devoid of war, where warriors and violence were shunned and played no significant role.

“That utopian view has not survived into modern scholarship, but it remains in the background unchallenged and still crops up in modern texts and popular culture with surprising frequency.

“Having worked on excavation and other projects in Crete for many years, it triggered my curiosity about how such a complex society, controlling resources and trading with mighty powers like Egypt, could evolve in an egalitarian or cooperative context. Can we really be that positive about human nature? As I looked for evidence for violence, warriors or war, it quickly became obvious that it could be found in a surprisingly wide range of places.”

Building on recent developments in the study of warfare in prehistoric societies, Molloy’s research reveals that war was in fact a defining characteristic of the Minoan society, and that warrior identity was one of the dominant expressions of male identity.

Molloy continued: “The study shows that the activities of warriors included such diverse things as public displays of bull-leaping, boxing contests, wrestling, hunting, sparring and duelling. Ideologies of war are shown to have permeated religion, art, industry, politics and trade, and the social practices surrounding martial traditions were demonstrably a structural part of how this society evolved and how they saw themselves.”

Even the famous Mycenaeans, heroes of the Greek Trojan War, took up the Minoan way of war – adopting its weaponry, practices and ideologies. “In fact,” said Molloy, “it is to Crete we must look for the origin of those weapons that were to dominate Europe until the Middle Ages, namely swords, metal battle-axes, shields, spears and probably armour also.”

Molloy found a “staggering” amount of violence in the symbolic grammar and material remains from prehistoric Crete. Weapons and warrior culture were materialised variously in sanctuaries, graves, domestic units and hoards. It could also be found in portable media intended for use during social interactions, for example, administration, feasting, or personal adornment. “There were few spheres of interaction in Crete that did not have a martial component, right down to the symbols used in their written scripts.” said Dr Molloy.

Molloy’s research looks at war as a social process – looking at the infrastructural and psychological support mechanisms that facilitated the undertaking of war and the means through which it was embedded in social logic. This approach, argues Molloy, leads to a deeper understanding of war in the Minoan civilisation: “When we consider war as a normative process that had cross-references and correlates in other social practices, we can begin to see warriors and warriorhood permeating the social fabric of Cretan societies at a systematic level.

“The social and institutional components of war impacted on settlement patterns, landscape exploitation, technological and trade networks, religious practices, art, administration and more, so that war was indirectly a constant factor in shaping the daily lives of people in prehistoric Crete…understanding the social aspects of war ‘beyond the battle’ is essential if we are to better understand how elites manipulated economics, religion and violence in controlling their worlds. By identifying the material results of warrior lifeways in all of their disparity and disorder, we gain insights into what war meant in ancient Crete.”

The research paper, entitled Martial Minoans? War as social process, practice and event in Bronze Age Crete is published in the Annual of the British School at Athens and is available at: Cambridge Journal

To find out more about the Department of Archaeology at the University of Sheffield, visit: Archaeology