Models to accurately predict the future of military conflicts based on classified information from the Afghan war revealed by whistleblower website Wikileaks have been created by scientists at the University of Sheffield. 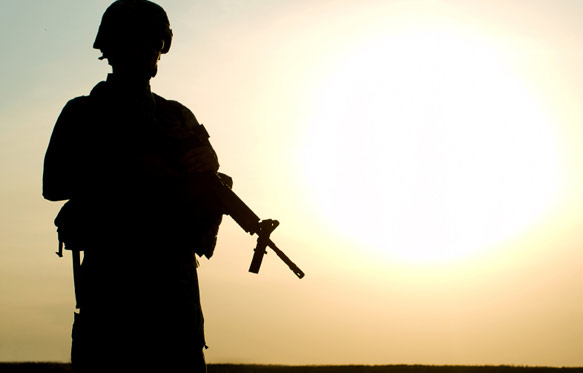 Using war logs with about 77,000 events including location, day and time of occurrence and other details from the war in Afghanistan between 2004 and 2009, the team of scientists – including scientists from the universities of Edinburgh and Columbia, USA – were able to predict armed opposition group activity way into the future of the battle.

The researchers’ model was able to create a strikingly accurate prediction of armed opposition group activity in 2010, based solely on the data from the previous years, including which provinces would experience more and less violence as well as anticipate by how much the level of violence would increase or decrease.

The new technology could be used in the future to help better plan deployment of resources, including soldiers, and better manage conflicts.

Professor Visakan Kadirkamanathan, a co-author, Head of the University of Sheffield’s Department of Automatic Control and Systems Engineering and a member of the Centre for Signal Processing and Complex Systems, said: “Conflict dynamics models of the type developed here can provide forecasts of the levels of conflict with a degree of uncertainty, and reveal geographically spatial patterns in the conflict.

“The dataset used in this study is the Afghan War Diary, a compendium of military war logs released by the whistleblower site Wikileaks in 2010 associated with the war in Afghanistan. Its disclosure is unprecedented in the history of modern warfare.

“The model was able to show in map form the growth in the intensity of the conflict during the period of 2004-2009 as well as its volatility. Independent from the data used in the models, we were able to predict the armed opposition group activity in 2010.”

He added: “Models of conflict dynamics provide a key advantage in their ability to predict and forecast how the conflicts escalate over time, an important source of information for decision making. In our study, the statistical models used can also provide a measure of the uncertainty associated with the predictions, and not just the prediction of the level of the conflict.”

The results of the project have been published by the Proceedings of the National Academy of Sciences and are part of a growing movement to understand and predict episodes of political and military conflict using data driven modelling techniques.

Development of spatio-temporal modelling techniques, such as the one used in this study, are being pioneered within the University of Sheffield’s Centre for Signal Processing and Complex Systems, in the Department of Automatic Control and Systems Engineering.

The PNAS publication study was carried out by Dr Andrew Zammit-Mangion, the Lead Author of the paper, through a PhD funded by the Endowed University of Sheffield Scholarship under the supervision of Professor Visakan Kadirkamanathan who was partly funded by an EPSRC Platform Grant. The study was initiated by Dr Mike Dewar, a former member of the Sheffield Centre for Signal Processing and Complex Systems and carried out under the overall guidance of Dr Guido Sanguinetti of the University of Edinburgh, the Senior Author of the paper.