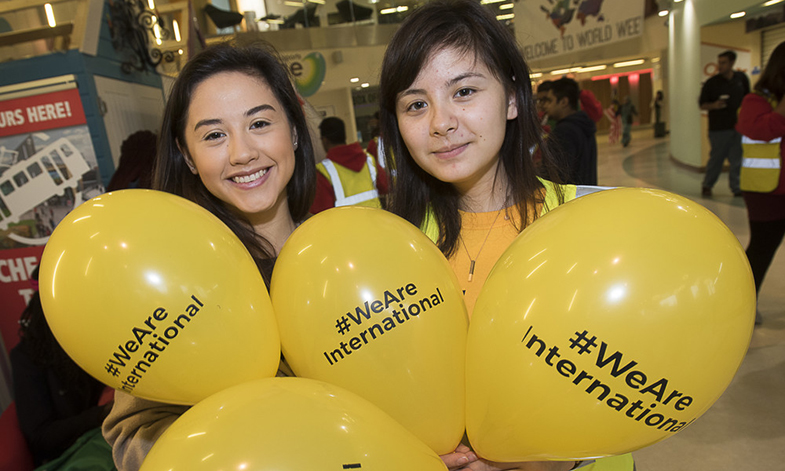 The #WeAreInternational campaign continues to show that the UK is welcoming to international students, according to the QS Enrolment Solutions International Student Survey 2018.

After respondents were shown news coverage of #WeAreInternational and the #LondonIsOpen campaign, almost half (45 per cent) said they felt fully persuaded that the UK is a welcoming country to international students. An additional 37 per cent reportedly feeling slightly persuaded.

The #WeAreInternational campaign, which is supported by hundreds of universities, businesses and organisations globally, celebrates the rich contribution international students bring to the UK and is urging the government to support them in word and deed.

Professor Sir Keith Burnett, President and Vice-Chancellor of the University of Sheffield, who co-founded the #WeAreInternational campaign with the President of Sheffield Students’ Union, said: “It is crucial to understand the importance that the shared message of #WeAreInternational has had to potential international students from around the world. The power of this campaign comes from its central truth, which is not restricted to any single university or even country – that education and knowledge at its best transcends borders and talent speaks to talent across the world.

“Yet for this to be the case, international students and scholars must know that they are welcome in their home-from-home. The #WeAreInternational campaign allows universities, students, businesses and partner organisations to say what must be heard – and amplified – around the world, with government policies backing these words with action.”

Sixty-three per cent of international students surveyed said the UK’s decision to leave the EU had made no difference to their decision-making about where they want to study. Only 14 per cent said they were less interested in studying in the UK.

Patrick Whitfield, Director of UK & Europe at QS Enrolment Solutions, said: “Our findings suggest that welcoming campaigns like #WeAreInternational continue to be an effective strategy to combat against the negative perceptions around Brexit. We believe that UK universities and sector stakeholders must continue to support welcoming campaigns that champion the UK as a study destination for international students.

“Now is the time for the UK government to work together with universities and other stakeholders to do more to promote one of the UK’s greatest exports. By adopting the recommendations from the International Student Survey 2018, universities can achieve success and maintain the UK’s global leadership in higher education.”