Comment: What next for carbon capture and storage ... and why it still matters

Matthew Billson, Programme Director of Energy 2050 at the University of Sheffield, talks about the future of carbon capture and storage (CCS) in the week Prime Minister David Cameron is questioned on the government's decision to cut £1 billion funding to support two commercial scale CCS projects.

What next for carbon capture and storage ... and why it still matters

As Prime Minister David Cameron appeared before the Commons Liaison Committee this week accused of double standards over climate change, the profile of Carbon Capture and Storage (CCS) has perhaps never been higher in the UK – but for all the wrong reasons. 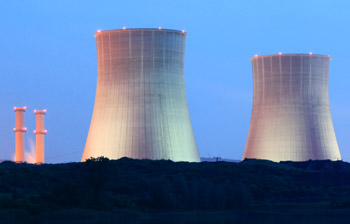 It is the Cinderella of low-carbon energy technology, often overshadowed by renewables and nuclear.

In November 2015, Secretary of State for Energy Amber Rudd gave a speech outlining the Government’s future energy priorities and specifically mentioned CCS. A couple of weeks later, her boss, Chancellor George Osborne, shocked the sector by cutting the £1bn funding to support two commercial scale CCS projects – which would have been the first to be built in Europe.

MPs on the select committee this week questioned the decision to scrap projects aimed at cutting emissions, whilst pledging internationally to protect the climate.

The companies involved – including Shell, Drax, General Electric and National Grid – have already invested around £30m, and the government probably nearer £100m. The decision to withdraw the £1bn support prompted a chorus of dissent from a wide range of stakeholders, including the Institute of Mechanical Engineers, the Committee on Climate Change, Labour and SNP politicians, and even senior US officials.

What next for carbon capture and storage?

While the industry in general, and the two projects in particular, has been dealt a body blow, it is not quite yet the end of CCS.

The rationale for having the £1bn competition has not changed. The 2012 CCS Cost Reduction Task Force highlighted that one of the best ways to reduce the costs of CCS was to build the first commercial projects – which would allow financiers, insurers and regulators to understand the technology they would need to bank roll if further CCS projects are to be forthcoming.

And the two projects involved in the competition, the Peterhead project in north Scotland led by Shell, and the White Rose project in Yorkshire led by Drax, National Grid and General Electric, were chasing a double prize. A share of the £1bn from government to help pay for construction costs; and more importantly, a “contract for difference” available under the UK’s reformed energy markets.

Carbon capture is the Cinderella of low-carbon energy technology, often overshadowed by renewables and nuclear.

These contracts provide a guaranteed price for clean electricity over a long period of time – the same types of contracts are now used to incentivise renewable energy projects and have been offered to the Hinkley Nuclear project.

Whilst the £1bn is off the table, the government has made no comment about these possible “contracts”. So the most important thing now is to keep that funding on the table, and attempt to fill the gap left by the £1bn.

In an ideal world, both projects would be built. However, the White Rose project in Yorkshire is strategically much more important. The project is much more than simply demonstrating the CCS technology – it is in fact a massive infrastructure project of installing more than 200km of pipeline and a new injection rig in the middle of the North Sea. This infrastructure has been designed to ensure other CCS projects can easily plug into it – meaning those projects could be developed and built more quickly.

All the major climate analysts agree on one thing. That CCS is one of, if not THE most, valuable technologies to fight climate change.

Yorkshire and Humber, and nearby East Midlands, is historically the powerhouse of the UK, with more power stations clustered here than in any other part of the UK. Many of those power stations are closing. But their sites are the perfect location to built the Government’s desired new fleet of gas power stations – power stations which are unlikely to be built in north Scotland, thus underlining White Rose’s strategic importance.

Europe has already chosen the White Rose project as its flagship CCS project, and offered €300m to invest in it. The Chinese are also rumoured to be willing to put another £100m in. All that investment will be lost if the project collapses.

So what next for CCS in the UK? Infrastructure, infrastructure, infrastructure. Do all we can to ensure the White Rose project proceeds since it will build the long term infrastructure we need – for both the CCS industry but also the UK’s new dash for gas. In order not to lose the £400m+ European and Chinese investment already on the table, we should persuade the fossil fuel industry – which has still not fully embraced CCS – to stump up the relatively modest investment to fill the gap left by the government pulling out.

Why is carbon capture and storage still important?

All the major climate analysts agree on one thing. That CCS is one of, if not THE most, valuable technologies to fight climate change. Globally, the UN calculates that without CCS, meeting climate targets will be 138 per cent more expensive.

The International Energy Agency based in Paris has also highlighted its importance. The UK based Energy Technologies Institute states that with no CCS, the cost of meeting our climate targets will double. And in November, the Committee on Climate Change strongly emphasised the importance of CCS, saying "It is important that the low-carbon portfolio includes roll-out in the 2020s of offshore wind and CCS given their long-term importance and the role of UK deployment in driving down costs."

Lord Debden, Chair of the UK’s Committee on Climate Change, has said that without CCS any new gas power station would likely need to close by 2035. Cancelling the CCS programme would put at risk future investment in these power stations, without which having a steady, reliable electricity supply will be difficult.

For Yorkshire’s economy and the northern powerhouse

The White Rose CCS project would represent a £2bn investment in the area – arguably a bigger investment than HS2 – supporting over 2,000 jobs in construction. And a bigger prize is in the future. The 150km of pipeline infrastructure built for the project would be very attractive to future power stations. It would give them the carbon waste disposal facilities they need to ensure they do not become stranded assets. Given the region has historically been the UK’s energy valley, modest investment now could trigger many more billions of investment in future power stations.