British winters are becoming increasingly volatile due to extreme variations in pressure over the North Atlantic according to scientists from the University of Sheffield.

The new research, published today (9 September 2014) in the International Journal of Climatology, shows that weather patterns over the UK have become distinctly more unstable, resulting in contrasting conditions from very mild, wet and stormy to extremely cold and snowy. 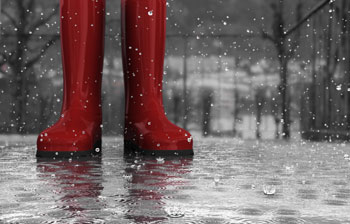 Winter weather conditions are commonly defined using the North Atlantic Oscillation (NAO). The NAO is a south-north seesaw of barometric pressure variations over the North Atlantic which indicates the strength of westerly winds impinging on the UK shore and resulting weather patterns.

Climatologists Professor Edward Hanna and Tom Cropper from the University of Sheffield’s Department of Geography and the rest of the team of scientists from University of East Anglia’s Climate Research Unit and the Met Office Hadley Centre, analysed year-to-year monthly and seasonal changes in the NAO since 1899.

Although the experts found that most seasons didn’t show overall long-term NAO trends, winter - especially early winter including the month of December - showed a significant systematic rise in variation over the last century.

The researchers found that over the last 115 years, three out of five all time record high NAO values and two out of five record lows for the month of December occurred over the last decade (2004-2013) , indicating that British winters have become increasingly unsettled. 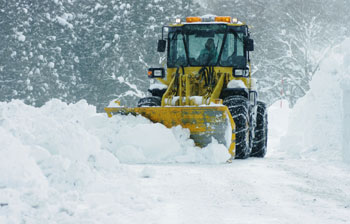 Researchers found from their statistical analysis that there was a less than 0.04 per cent probability of getting such a clustering of extreme NAO years by chance.

Though this trend could be due to random fluctuations in the climate system, it could equally have been influenced by various driving factors including changing pressure/weather systems over the Arctic, especially Greenland, and changes in energy coming from the Sun.

Professor Edward Hanna, from the University of Sheffield’s Department of Geography, said: “Our study highlights the changing nature of North Atlantic atmospheric circulation patterns that has given the UK more variable winter conditions in recent years.

“We cannot use these results directly to predict this winter’s weather but according to the long-term NAO trend we can say that the probability of getting extreme winter weather – either mild/stormy or cold/snowy - has significantly increased in the last few decades. Further research is needed to show whether or not this increased volatility is linked to global warming. ”

The University of Sheffield and Met Office Hadley Centre are now carrying out further collaborative research to better understand these possible links. If this trend of increasingly variable winter NAO continues, we can expect more volatile UK winter weather in decades to come.

Dr Adam Scaife, Head of Monthly to Decadal Forecasting at the Met Office, said: “This new analysis of historical observations shows intriguing signs of a trend towards more variable winters over the last century.”

The University of Sheffield
With almost 25,000 of the brightest students from around 120 countries, learning alongside over 1,200 of the best academics from across the globe, the University of Sheffield is one of the world’s leading universities.
A member of the UK’s prestigious Russell Group of leading research-led institutions, Sheffield offers world-class teaching and research excellence across a wide range of disciplines.
Unified by the power of discovery and understanding, staff and students at the university are committed to finding new ways to transform the world we live in.
In 2014 it was voted number one university in the UK for Student Satisfaction by Times Higher Education and in the last decade has won four Queen’s Anniversary Prizes in recognition of the outstanding contribution to the United Kingdom’s intellectual, economic, cultural and social life.
Sheffield has five Nobel Prize winners among former staff and students and its alumni go on to hold positions of great responsibility and influence all over the world, making significant contributions in their chosen fields.
Global research partners and clients include Boeing, Rolls-Royce, Unilever, AstraZeneca, Glaxo SmithKline, Siemens and Airbus, as well as many UK and overseas government agencies and charitable foundations.