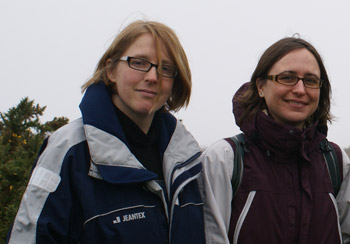 Scientists at the University of Sheffield have found that high quality science by female academics is underrepresented in comparison to that of their male counterparts.

The researchers analysed the genders of invited speakers at the most prestigious gatherings of evolutionary biologists in Europe - six biannual congresses of the European Society for Evolutionary Biology (ESEB) and found that male speakers outnumbered women.

Even in comparison to the numbers of women and men among world class scientists – from the world top ranked institutions for life sciences, and authors in the top-tier journals Nature and Science - women were still underrepresented among invited speakers.

The researchers also found that women were underrepresented at the 2011 congress because men accepted invitations more often than women.

Dr Hannah Dugdale from the Department of Animal and Plant Sciences, explained: “It’s important that we understand why this is happening and what we can do to address it – high quality science by women has low exposure at international level and this is constraining evolutionary biology from reaching its full potential. We’re currently investigating the reasons behind this lower acceptance rate – it could relate to childcare requirements, lower perception of scientific ability, being uncomfortable with self-promotion – there are many potential contributing factors.”

Dr Julia Schroeder, a scientist at the Max Planck Institute for Ornitholgoy in Germany said: “The most demanding phase of a career in Biology, when it is important to communicate one’s findings, and to build networks with other scientists, coincides with the age at which women's fertility starts to decline, meaning it is their last chance to have a family - unlike men. Thus, women scientists of this career phase may be pregnant, or have children. Stay-at-home-dads are rare, therefore, these women are less flexible about travelling for work, and may be more likely to decline invitations to speak. We have yet to investigate whether this is indeed the cause, but it is a likely factor that starts the downward spiral: lower exposure and fewer networking opportunities are costly to the career. Fewer women in top positions mean fewer female role models for students who aspire to be scientists.”

Kirsty Grainger, Head of Skills and Careers at the Natural Environment Research Council said: “Taking action to foster a culture that supports equality and diversity within research and that encourages better representation and support for women at all stages of their career is extremely important. We need to ensure that we attract and retain the brightest and best researchers, regardless of their background, into the UK research base. Understanding and addressing disincentives and indirect obstacles to recruitment, retention and progression in research careers is an essential part of this”.

The research has been published by the Journal of Evolutionary Biology and the full paper can be downloaded here. Dr Schroeder was funded by The Natural Environment Research Council (NERC) and the Volkswagen Foundation. Dr Dugdale was funded by NERC and the Netherlands Organisation for Scientific Research.