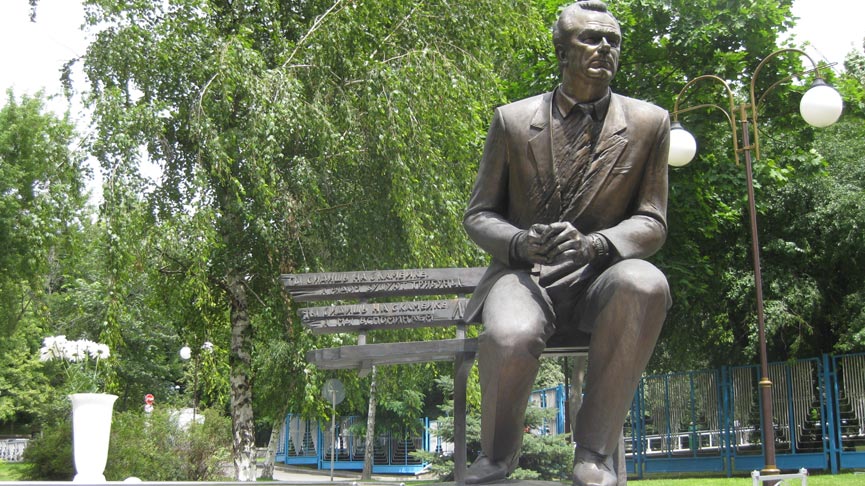 A database of statues commemorating football’s heroes around the world has been compiled by researchers from the University of Sheffield.

Over 400 statues of footballers now stand proudly at stadiums or civic sites in 56 different countries spread across six continents, reflecting the global appeal of the game.

The striking database, at www.sportingstatues.com features information on when the statues were unveiled, who sculpted them and the inscriptions on plinths or plaques, as well as images of each statue and links to location maps, in addition to a world map of statues.

Just under 300 different footballers, as well as less obvious subjects such as chairmen, broadcasters and fans, are amongst the 320 distinct individuals depicted. Unsurprisingly, the most frequently portrayed player, with 6 statues, is the legendary Pelé; a statue of his father has also been erected. In addition, 125 statues of anonymous football players have been identified.

Though the United Kingdom leads the way with 80 statues, traditional football nations Brazil, Spain and Holland have each erected more than 20, and statues are also popular in Argentina, Russia and Mexico. Even nations with a less successful playing history, such as China, Bolivia, Israel and Indonesia, have erected monuments to their greatest players.

The database and mapping have been compiled by a small team led by Dr Chris Stride, a statistician from the Institute of Work Psychology, University of Sheffield and Ffion Thomas, a postgraduate student from the University of Central Lancashire, who have worked on the project for the past three years.

Dr Stride said: “The earliest footballer statue identified, an anonymous player, can be found in Copenhagen, Denmark, and was sculpted in 1903. Real Madrid were the first club to erect statues at their stadium, portraying their Argentinian stars Sotero Aranguren and Alberto Machimbarrena in 1925.”

He added: “However, almost 95 per cent of football statues have been created since 1990, and over half in the last decade, showing it to be a largely modern phenomenon. The primary reasons for this increase are football clubs’ marketing strategies based around branding through nostalgia and authenticity, along with the desire of fans to project their club’s distinct identity in an increasingly globalised game. Statues are also being erected by towns, cities and commercial organisations, who are seeking reflected glory and identity from their local sporting heritage.”

The database goes live to the public at www.sportingstatues.com at 10:00 GMT on Monday 7 April 2014.

Dr Stride will be speaking about football statues at the Soccer As A Beautiful Game conference at Hofstra University, New York, between 10 and 13 April 2014, as part of a line-up of soccer scholars, journalists, players and coaches, including the great Pelé.