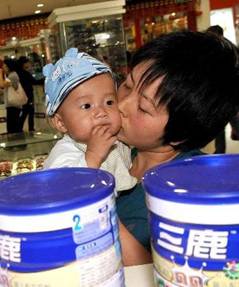 This work package will investigate consumer perceptions of food safety in China in relation to the 2008 food scare over contaminated infant formula and in the context of increasing concerns about global food insecurity.

Most existing work on `food safety´ issues in China has focused on macro-level analysis such as legal frameworks, food safety regulation, and the politics and economics of food production. Only a few studies have addressed consumer reactions to food scares; however these studies are generally based on large-scale quantitative surveys, making connection between the socio-economic status of consumers and their reactions to food scares. Little is known about consumer perception of /reaction to food scares on an in-depth, individual basis. This work package aims to fill this gap. Drawing on Beck´s risk society thesis (in particular the concepts of individualisation and reflexive modernisation) and Jackson & Everts´ dimensions of anxiety (behavioural, emotional, embodied and cultural), the study attempts to identify the main stakeholders and explore their roles in shaping and shifting the discourse of food safety. In addition this work package will analyse how the discourse of food safety is constructed by food manufacturers, media and government; how consumers perceive and respond to the shifting discourse; how cultural values, economic concerns and political forces contribute to such consumer perceptions; and how consumer anxiety about food safety is articulated via a specific case study concerning the contamination of infant formula.

The contamination of infant formula which left 300,000 babies suffering from health problems in China in 2008 shocked the world as a serious food safety issue. Almost all Chinese dairy manufacturers were implicated. Milk middlemen were believed to be the main responsible party in this incident as many dairy manufacturers rely on them for raw milk collection during which process melamine (a nitrogen rich chemical) was added. However, adulteration on such a big scale indicates more than deteriorating moral values of the milk middlemen, highlighting insufficiencies on a systemic level such as production and regulation. With increasing household disposable incomes, consumer demand for dairy products in China has been on a rise. The annual consumption of dairy products (fresh milk, milk powder and yogurt) in urban China rose from 7.23 kg per capita in 1998 to 22.17 kg per capita in 2007 (National Bureau of Statistics in China, 1999; 2008). Moreover, with more than 15 million new born infants in the past three years annually (UN, 2007; 2008; 2009), the Chinese dairy sector is under particular pressure. Based on the above accounts, China´s dairy imports are predicted to grow significantly despite the country´s current self-sufficiency (FAO, 2008). The tension between milk demand and supply underpinned the 2008 infant formula incident - milk middlemen watered down raw milk to increase volume while adding melamine to compensate for the loss of protein. This incident, together with previous food scares, resulted in severe damage to consumer confidence in food safety in China.

This package is based on a combination of research methods including interviews, focus groups, and discourse analysis. Interviews will be conducted with representatives from major dairy companies (Chinese brand and foreign brand), officials from government food safety regulatory bodies and journalists who have covered the infant formula issue to explore how these actors construct and shape the discourse of food safety before and after the event. In parallel, consumer focus groups will be conducted with `high investors´ (i.e. new mothers) and `low investors´ (i.e. consumers who purchase formula for others´ consumption), and consumers with strong and weak confidence in the safety of dairy products.