Arsenic in the food chain

Lecturer Dr Manoj Menon explains how his research is helping to remove arsenic from a food which is consumed by more than half of the world's population.

Arsenic, an element occurring in the Earth’s crust and seawater and found in traces in the human body, is widely used across industries such as glass and ceramics, preserving wood, semiconductors, pharmaceuticals. Its pure (inorganic) form is a deadly poison (100-300 mg can cause death in an hour), while exposure to small doses over a long time can cause cancers. For this reason, inorganic arsenic (iAs) is classified as a Group 1 carcinogen by the International Agency for Research on Cancer. The World Health Organization (WHO) places inorganic iAs in the top 10 chemicals of public health concern.

Under specific environments, naturally-occurring minerals that contain arsenic (which are usually harmless) can be transformed to produce iAs, contaminating groundwater sources used for drinking or irrigating crops. Thus iAs enters the food chain. You can appreciate how deadly iAs is, given the maximum regulatory limit on iAs in drinking water is 10 parts per billion (ppb), i.e. that is 0.00001 of a gram of iAs in one litre of water!  An estimated ~ 500 million people worldwide are exposed to iAs concentration above this in groundwater. South Asian countries such as Bangladesh and India are hotspots of the problem. Children are more vulnerable to arsenic exposure than adults. In adults, poisoning often manifests as white or dark spots on the skin, making them isolated from society. Our study showed that women are particularly vulnerable; those carrying the illness are often divorced or face difficulties finding a life partner. 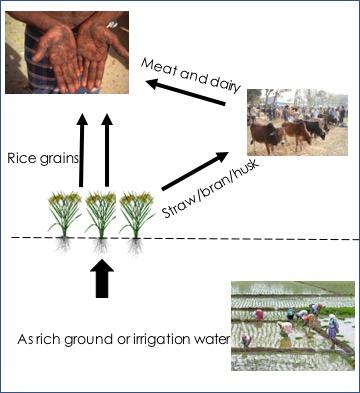 Figure 1. Pathways of arsenic transfer towards the food chain.

Another main entry route of iAs is through food, such as rice (Figure 1), as produced in most Asian countries. Rice is a very thirsty crop that grows in fields with standing water submerging the soil. If arsenic-contaminated groundwater is used for irrigation (Figure 2), iAs is readily taken by the plant: the iAs accumulates in the grain as well. Moreover, the hydrological conditions (submerged soils) in rice fields make arsenic more mobile and available to rice plants. Also, iAs can enter us indirectly, through animal products as rice straw fed to ruminants (Figure 1).

More than half of the world’s population consume rice, and many developed countries (e.g. UK) impose strict regulations on arsenic in rice sold (Menon et al., 2020). However, no such regulations exist in the hotspot countries. Rice consumption rates in Asian countries are also far higher than in the UK or EU countries, exacerbating the arsenic exposure to these populations. Our survey showed that farming communities in Indian and Bangladesh are now aware of the risk of arsenic through drinking water, but remain largely oblivious about exposure risks through food (Mishra et al., 2021). 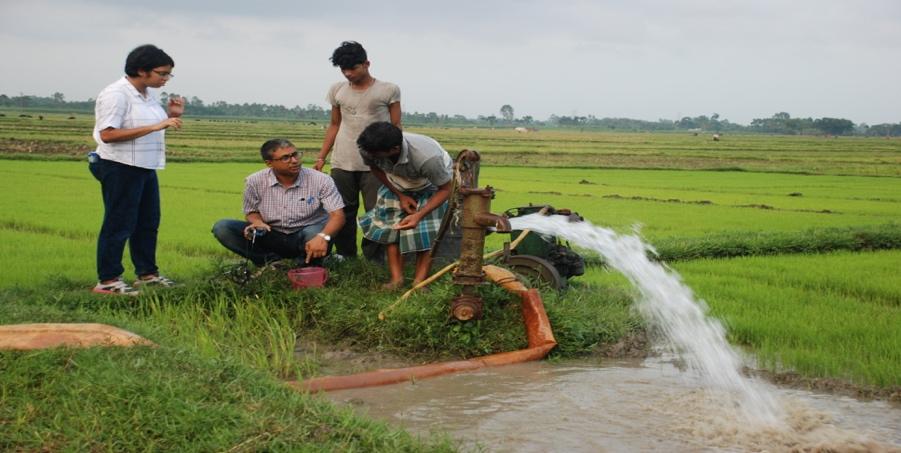 Figure 2. A shallow tubewell irrigation pump in Nadia, one of the worst-affected districts in West Bengal, India. Scientists are talking to the farmer and collecting water samples from the tubewell. Photo by M. Menon.

In 2018, we established an international interdisciplinary research network, Arsenic in Rice Research Network (ARRNet), with a mission to investigate arsenic in the food chain and develop field-deployable solutions. We collaborate with academic and non-academic partners from India and Bangladesh. Our study ranges from understanding the fundamental processes of arsenic accumulation in rice and its distribution in different parts of the plant and developing improved cooking methods. We interviewed the affected population to identify future research needs. Recently, we developed a new way of cooking rice called parboiling and absorption that reduces arsenic significantly (Figure 3; Menon et al., 2021).

Currently, we are studying avenues including (1) identifying low-arsenic cultivars in Bangladesh, (2) finding what proportion of arsenic enters the human body during digestion, (3) using remote sensing techniques to predict arsenic in soils, and (4) optimising irrigation to reduce arsenic in rice. We recently completed an extensive household survey to identify knowledge gaps, community perspectives and requirements in West Bengal State, India. We are hoping that our range of research findings will help protect these communities from the calamity. 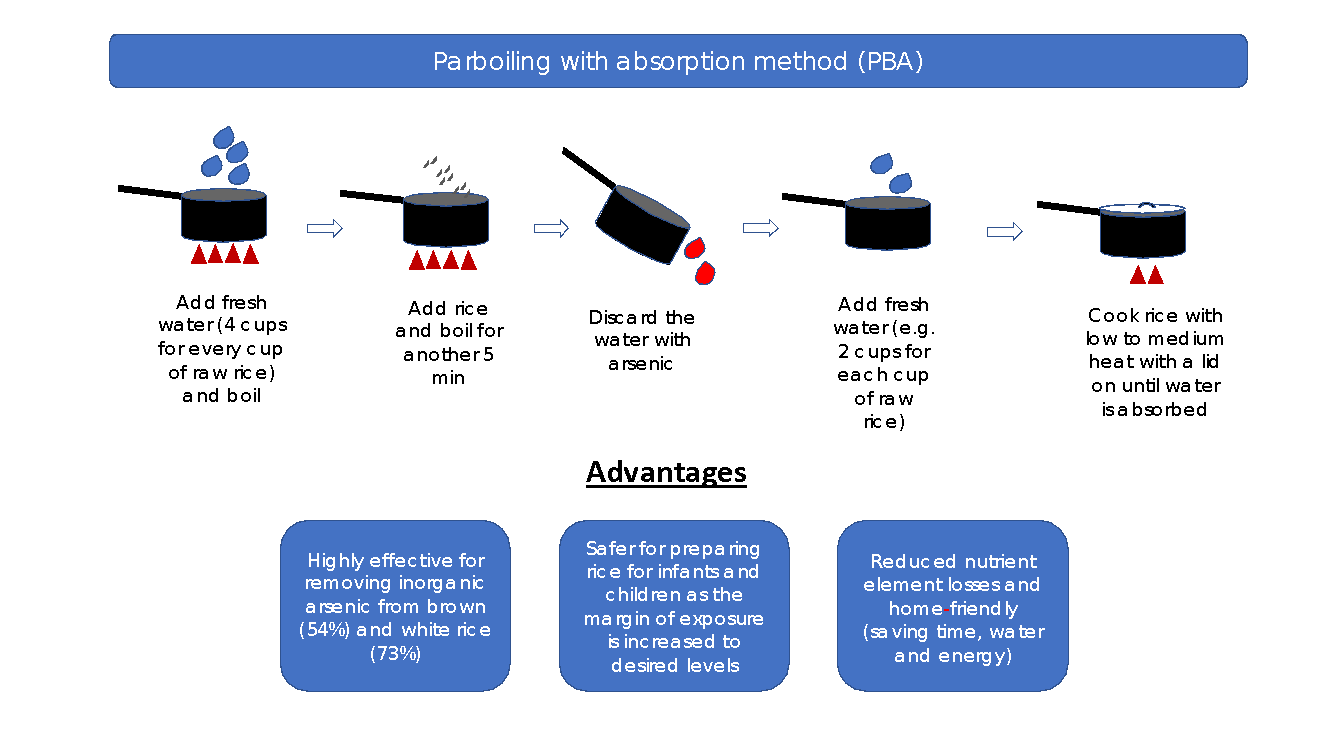 Mishra et al. 2021. Living with arsenic in the environment: An examination of current awareness of farmers in the Bengal basin using hybrid feature selection and machine learning (OPEN ACCESS)

Join an international community of geographers and help tackle the biggest issues in our changing world.

Sheffield is a research university with a global reputation for excellence. We're a member of the Russell Group: one of the 24 leading UK universities for research and teaching.