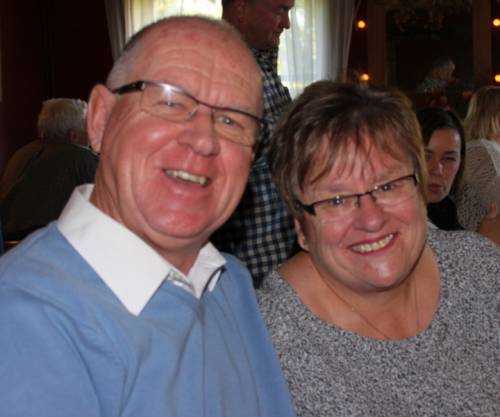 Scope: This collection contains five boxes of original photographic material including negatives and slides, a small amount of fairground journals, newspaper cuttings, correspondence, six audio tapes and a small amount of posters and handbills all related to the fairground and steam rally events.

Administrative / biographical history: Chris Russell is a fairground enthusiast who has been collecting fairground material for over 40 years. His collection spans the period of the early 1970s to the present day and consists of slides and photographs, mainly fairground rides and transport over a wide area of the country, but mainly the West Country as that is where he has spent most of his life.

Chris Russell was born on 13th May 1953 in Francis Way at Bentley Heath just outside Solihull, to Margaret Tobin, a young single girl from County Waterford, Ireland, who came to England to seek work and lived in Birmingham. Chris was named Kenneth John Tobin at birth however his natural mother had no means of supporting him and was persuaded to give him up for adoption when he was three months old. His adoptive parents were Flt. Sgt Philip and Nora Russell who named him Christopher John Howard Russell. Chris spent the first years of his life in RAF stations, starting with RAF Cottesmore in Rutland. By the time he was four his dad, who had lost most of his hearing after years of engine noise in his role as ground crew, retired from the RAF on the grounds of ill health. The family returned to his father’s hometown of Teignmouth to live with Chris’ paternal grandmother by the seaside.

Chris’ earliest fairground memento is an old photograph of him and his mum on a juvenile ride by the river beach at Teignmouth. However, his first memory of the fairground is his dad taking him to the annual regatta fair at dusk and being put off by all the noise, lights and people as he was a very shy child. When he asked his dad to take him around the perimeter of the fairground, Chris discovered a whole new world of huge lorries and trucks standing in the dark, noisy generators belching black smoke skywards, silent caravans with dim lights inside and the occasional dog suddenly barking.

In his teen years, towards the end of his early morning paper round, Chris came across a slow moving convoy of fairground vehicles travelling towards town. The mixed jumble of varying vehicles and trailers made him spellbound. Chris spent the next couple of years watching the fairground arrive into town and the men set up the fair on the big green on the sea front called ‘The Den’. Soon after this first back stage observations, Chris started to capture the event with his camera. His first attempts weren’t of great technical skill but managed to capture the essence of the moment and started him off on one of his biggest passions in life, the British travelling fairground.

Chris’ father happened to like the sound of the fairground organs and this led to both of them travelling together to many steam engine rallies around the south west.

Chris came across ‘The World’s Fair’ newspaper at one of the rallies which widen his knowledge of the world of fairgrounds and more importantly connected him with other like-minded enthusiasts who shared his passion. Chris created a network of fairground enthusiast acquaintances and friends, one of which is Pete Tei, and met up with them at various fairs and events such as the Nottingham Goose Fair.

In 1978 Chris heard about a new association being formed and he drove to Birmingham to the first meeting of ‘The Fairground Association of Great Britain’ where we met Rod Spooner, who will become a very close friend. Rod was very generous sharing his knowledge and introduced Chris to all the showmen in the grounds whenever they visited the fairs. Another significant fellow enthusiast will be Rod Jesson, who was also introduced to Chris by Rod Spooner and who will become a life-long friend and travel many miles across the country with Chris chasing the fairground. Through his friendship with Rod Jesson, Chris met his wife Lyn who was part of Rod’s circle of friends. Chris and Lyn have two sons and a daughter and five grandchildren and are planning to move back to Teignmouth in spring 2014.