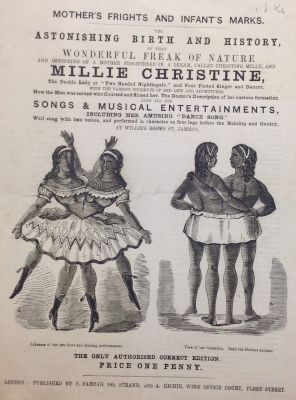 Administrative / biographical history: David Robinson is a film critic and author born 6 August 1930 in Lincoln. David has a lifelong fascination with every form of popular entertainment and its possibility to enrich the lives and culture of ordinary people. It is this interest which has led him to devote his life to film history and criticism. At the same time he has formed extensive collections both on cinema pre-history and music hall and a small collection of material relating to circus, fairground and the exhibition of human beings and physical anomalies.

David began to write articles for specialist film journals during the 1950s, including publications such as ‘Sight and Sound’, of which he eventually became Assistant Editor and the ‘Monthly film Bulleting’, of which he became Editor in 1957-58. Between 1958 and 1973 David wrote film critics for ‘The Financial Times’ and after 1973 for ‘The Times’, where he worked as the main film reviewer until 1990 and regularly contributed articles until 1996.

Between 1997 and 2015 David was the Director of the Giornate del Cinema Muto, also known as Pordenone Silent Film Festival, the first, largest and most important international festival dedicated to silent film, and of which David currently holds a position as Director Emeritus.

David has also been involved in UK based film societies and festivals including Bristol Silents, the Slapstick Silent Comedy Festival and Edinburgh Film Festival of which he was director between 1989 and 1991. He was also involved in the creation of the Museum of Moving Image in London (1988-1999) and has been jury of international film festivals including Berlin and Moscow in various occasions.

David’s bibliography includes titles such as ‘Hollywood in the Twenties’ (1968), ‘The History of World Cinema’ (1973) and being Charles Chaplin’s official biographer, ‘Chaplin: His Life and Art’ (1985) adapted for the script of Sir Richard Attenborough’s biopic Chaplin (1992) starring Robert Downie Junior and for which David played in three cameo roles. He has also written a book on Buster Keaton, ‘The Chronicle of Cinema 1895-1995’ (1995) and ‘Footlights with the World of Limelight’ (2014) published in eleven languages.