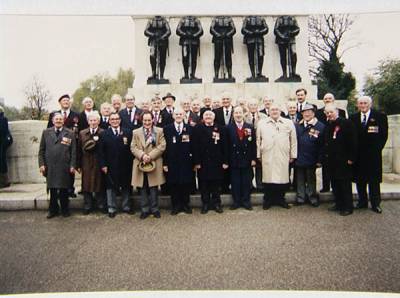 Administrative / biographical history: Graham Downie N.D. formerly the Secretary of the Midlands Section of the Showmen's Guild, Editor of the Fairground Mercury, and the Chairman of the Fairground Association of Great Britain, which was founded in 1978.

Graham was born in Worcestershire in 1941, brought up in the South Warwickshire village of Studley and was educated at Alcester Grammar School. During the late 1950s, he was a student at Birmingham College of Arts & Crafts where he trained as a book illustrator gaining a National Diploma in Design. He spent the next 30 years working in printing and publicity in a variety of sales and management positions. In 1979, when he was the general manager of a trade litho reproduction house in Somerset, he was appointed by the government to a three-year term as a member of the council of management of the Design Council.

His interest in travelling funfairs stems from his childhood days in Warwickshire, when he lived immediately opposite the ground used for the annual Studley Mop Fair, one of the many autumn fairs in this part of the Midlands that were originally held for the purpose of hiring farmworkers and domestic servants. In the early 1970s he became a freelance correspondent for 'The World's Fair', the weekly newspaper for travelling showmen, reporting on fairs along the Welsh Marches. In January 1978 he was a founder member of the Fairground Association of Great Britain. Established to provide a forum for those interested in all aspects of fairs and fairgrounds, and to further serious studies of their history, the FAGB is now the largest such organisation in the country. He was elected to the post of chairman at the foundation meeting and has retained that position ever since. In addition, after the Association's first two years of operation, he became the editor of their quarterly journal 'The Century of Tobers’, which was re-designed and renamed 'The Fairground Mercury'.

Graham was involved in the foundation of the National Fairground Archive at the University of Sheffield in 1994 of which he has been a member of the Management Board since. By this time he had left the printing industry to take up the post of Secretary to the Midland Section of the Showmen's Guild of Great Britain. He had for some years assisted the Guild in its promotional efforts, writing and producing its booklet 'All the Fun of the Fair' in 1987 and serving as a member of the team that organised the celebration of the Guild's centenary in 1989. He retired from the Guild in 2006, since when he has devoted his time to writing a book on the history of a Victorian engineering firm that built fairground rides. The book written with Dr John Middlemiss entitled ‘Thomas Walker: Builder of Steam Roundabouts’ was published in 2008.

He is a trustee of Avoncroft Museum of Historic Buildings, and has served on the museum's council of management since 1968. He is the current chairman of the Alcester & District Local History Society and, prior to its dissolution, was a member of the Heart of England Tourist Board's tourism council. During the last five years he has illustrated and designed reprints of three books by the Tewkesbury-born writer on country matters, the late John Moore, for the John Moore Society.

Graham Downie is married and has two daughters and one son.