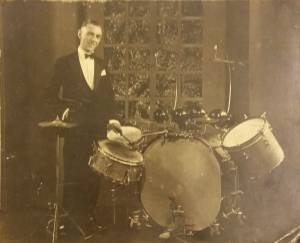 Scope: The collection comprises Hal Fisher’s extensive research on Blackpool Tower Circus including an index of performers and a variety of research materials. The collection also contains photo albums and programmes taken from his work and travels.

Administrative / biographical history: Hal Fisher was born in Collyhurst, Manchester in 1909. In 1927, at the age of 18, he started working on the circus and through this work travelled to many countries. This was at a time when it was dangerous to travel round Europe and Hal remembers one show in 1930's Berlin which was attended by Hitler and Goebels.

Hal started working as a beast man, looking after the lions with the aim of becoming a wild animal trainer. He worked at Belle Vue with Alfred Court from 1928 and many other top trainers from the 1920s to the 1990s. This included Harder Jonsson, whose album Hal donated to the National Fairground Archive shortly before his death.
He stopped travelling when he married in 1933, but continued to spend breaks and holidays with circus friends. He was a musical entertainer and drummer in dance and variety bands for over 40 years.

Hal spent his retirement compiling a complete listing of performers that have appeared at Blackpool Tower Circus since 1894. This was also donated to the NFA in 1999. Hal was a founder member of the CFA and one of its Vice Presidents.