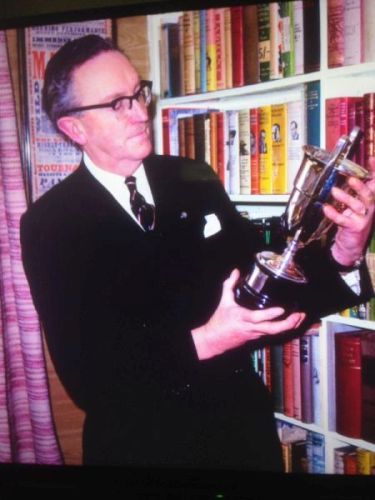 Scope: This collection contains amateur Super8 cine reels filmed by Thomas O’Beirne, black and white and colour photographs and slides, circus and theatre posters, a watercolour and a small amount of other ephemera.

Administrative / biographical history: Thomas O’Beirne (1910-1975) was born in Glasgow. He was a mechanical engineer by trade, owning and running A. Cockburn & Co., a safety valve company.

His personal interests and passions included writing, public speaking, film making, theatre, music, book collecting, magic and circus, to name a few and developed an interest in collecting circus memorabilia, books, posters and the occasional artwork. Tom also wrote two books; one on Hengler’s Circus and one on the Panopticon, these were never published as Tom died before he could make it happen, but the manuscripts can be found at the Mitchell Library in his native Glasgow.

Tom was an avid circus goer and travelled around Great Britain and Ireland visiting shows with his family and took photographs and film of performers. Tom was a member of the Circus Friends Association.