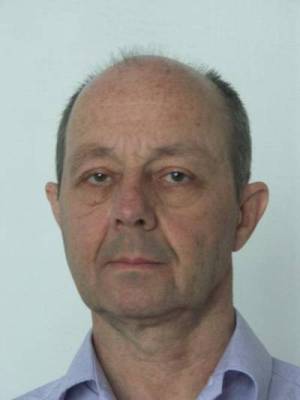 Scope: This collection contains issues of 10 different fairground related publications, transcriptions of taped interviews with different fairground men and families, related correspondence and research used for the purpose of Paul Braithwaite’s publication work. There are also small pockets of photographic images, advertising material and an obituary for Joe Fletcher.

Administrative / biographical history: Paul became interested in fairs in order to make models, being attracted by the lights, colour and movement as a change from my usual professional architectural and railway miniatures. A scarcity of useful information caused him to delve into the subject until he became fascinated with the history of the travelling amusement world. This saw him taking thousands of photographs in the 1980-90s and accumulating masses of historical stuff: many of the books were acquired by the NFA about 2002. He provided material on which Langley Miniature Models based their admired range of model kits.

His stream of publications caught the attention of the late, flambouyant showman John Carter, who had an idea to commission a booklet about his beloved gallopers ride in order to promote his Steam Fair. This led to commissions for a series of books, only four being produced due to his untimely demise. In addition, contributions to periodicals included Fairground Society's "Jottings, "FAGB's "Mercury", National Carousel Assoc. (USA) "Merry-go-Roundup" and Steve Hunt's "Deal Directory"/later "Antique Amusements Magazine." Also, I had pleasure in contributing to Norman Anderson's authoratative work on "Ferris Wheels."

Paul spent some time in local archives and elsewhere to create a manuscript History of Coventry's Pleasure Fairs" and to compile data for an historical directory of the amusement business (still to be completed).

Paul has presented slide shows on "History of Pleasure Fair,." Waxworks, Corris Railway and Photochrom postcards. Also there are 24 x A1 sized panels which formed the basis of an exhibition "Mobile Villages" (ie travelling fairs) at the Architecture Centre, Bristol that are now available for loan to bone fide events.

His particular interest is in the misty past (c1590 - 1870) of amusement rides, games and shows around the world. That was over a period of difficult travelling conditions so that fair tackle had to be either built on site or made very light to move by small cart, or later by railway. There was a surge of development of riding machines around 1885, in Britain, and from that time onwards the history is fairly well analysed and recorded. He did, however, do some work on the development of dodgems (innovated 1920 in USA), with the thought that the many motor car enthusiasts might have a passing interest in the subject. The "Slot Machines" listing of makers was enormously popular and there is likely to be interest in an extended and updated rewrite. A list of Paul Braithwaite's publications can be found here.

Waxworks has also greatly interested him, to the extent that he edited and published the bi-monthly "Waxworks International Newsletter" (copies at NFCA) and a booklet history of the wax-figure business.

Due to extreme pressure in his work life and an overdue model-making commission Paul was obliged to abandon the fair hobby in the early 2000s and has only revived attention over the last couple of years. In particular he is now completing the bumper cars book and has also amassed material on the origins of amusement rides in Britain as well as about some early ride manufacturers. The American National Carousel Association is currently publishing my feature on the patent history of gallopers over a number of issues of "Merry-go-Roundup." he also contribute irregularly to the "Ferris Wheel Newsletter."

Paul was born in 1953 and spent his early life in in Coventry before going off to Leicester Polytechnic where he qualified as an architect, in 1978/9. Paul had a working life in private practice, with seven years self-employed partly doing architectural model-making. In 1989 Paul moved to Bristol but work has taken him all over England. In 2011 he took a year off to tour and pursue his photography interest. Following that Paul has been in effective early retirement and now is able to devote himself to historical research for various possible books (or electronic equivalents), notably an encyclopaedic gazetteer of pre-locomotive railways in Britain as well as a study of historic timber-framed buildings in English towns and cities. Since about 1970 Paul has collected material relating to the Photochrom Co., publishers of picture postcards and the part of my website related to that topic is very popular.

Idle moments are spent on other interests including streetscene artifacts, history of construction industry, prehistoric monuments, slate mines in the Corris area (central Wales), drinking tea, reading novels and the game of draughts.

Related Collections:
Source: Donated by Paul Braithwaite
System of arrangement: Catalogued according to type
Subjects: Fairgrounds, Fairground Rides, Fairground Art, Travelling Entertainment
Conditions of access: Items are available to view by appointment in the NFA reading room
Restrictions: None
Copyright: Copies may be supplied or produced at the discretion of the National Fairground Archive, subject to copyright law and condition of the material
Finding aids: Online finding aid available here