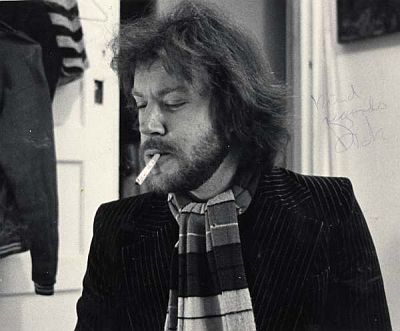 Scope: The Dick Scott-Stewart collection consists of slide transparencies created for the 'Fairground Snaps' book and later projects. The material in this archive is all of Scott-Stewart's work relating to fairs and circuses, particularly from an artistic and social angle. This collection covers all the field work completed by the artist in preparing his book, as well as trips following the publication.

Administrative / biographical history: Dick Scott-Stewart was born in 1948 in Painswick, the Costwold. He studied photography at the London College of Printing and worked as a successful freelance photographer of international repute. His work was exhibited in New York, France and London.

Dick Scott-Stewart used the fairground on various occasions as a focus for his work. He concentrated on structure, decoration and the personal side of the fairground. His work shows different angles of form, feature and social context.

His book 'Fairground Snaps', published in 1974, is still held in high regard and much sought after. His work captured the final days of traditional fairground art at its best with an emphasis on pattern and lettering. This is combined with very personal images of show people, circus performers and fairground workers.

Dick died in 2002 after being diagnosed with cancer.