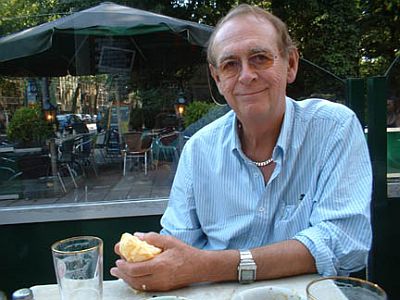 Scope: This collection contains John Turner’s research on circus people indexes, which lists circus performers from the Victorian age onwards. There are notebooks, index cards, photocopies and pictures gathered from a number of repositories and libraries during John Turner’s life and used for articles published in a variety of journals and magazines, and for the numerous books that he published during his lifetime. The collection also contains some posters and programmes.

Administrative / biographical history: John Turner is best known as the author of the Dictionaries of British circus Biographies which is an invaluable source for researchers of Victorian and twentieth century circus performers. He also created a database which enables quick searches of performers and provides citations of primary sources that were used in his research.

John Turner was born in Hull and graduated from the University of Leeds with a Ph.D in 1959 He worked as an academic biochemist, in California, London, and finally as a Reader in Biochemistry at the University of Liverpool from 1963 until 1989.

After his retirement, John Turner became interested in the history of circus. This stemmed from his discovery that Hengler's Grand Cirque had once flourished in Hull, Liverpool and other provincial towns as well as in the Metropolis. Initially he collected information on the many performers and showmen of the Victorian period later continuing his research to include performers in the twentieth century.

His aim was to produce a definitive series of source-books on the history of British circus which could be used by others to discover more about this popular form of entertainment. He continued his research right up until his sudden death in 2007. We are privileged to be able to have his research and database at the NFA enabling others to continue to be able to access the information that he painstakingly worked to gather.

For many years, John Turner was the librarian for the Circus Fairground Association, taking over from Malcolm Airey, and helped to get the library into the National Fairground Archive at the University of Sheffield.

Related Collections:
Source: John Turner’s bequest via his widow, Jannette Turner
System of arrangement: Catalogued according to type
Subjects: Circus, Fairgrounds, Performers, Travelling Entertainment
Conditions of access: There is an on-line index of names which is accessible in the NFA reading room. Other material is able to be used for research purposes only. No copies of research material can be made. Items are available to view by appointment in the NFA reading room.
Restrictions: Some items of personal correspondence in the collection are restricted under the Data Protection Act
Copyright: Copies may be supplied or produced at the discretion of National Fairground Archive, subject to copyright law and condition of the material
Finding aids: Books can be found on the University Library catalogue Star Plus. Online finding aid available here