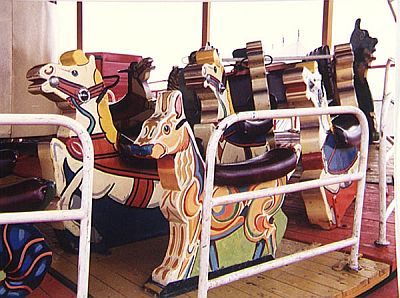 Scope: The collection consists of Jim Bassett's photographs of fairground transport and rides.

Administrative / biographical history: Jim Bassett was a fairground enthusiast, who photographed fairground machinery from the 1980s and 1990s.

Jim, who died in 2013 at a relatively early age, was an electrical engineer who specialised in testing fairground equipment during his latter years. He served on the national body that oversees the inspection of fairground rides and at the time of his death was involved in the updating of the Fairground Safety Code.

Related Collections:
Source: Donated by Jim Bassett
System of arrangement: Catalogued according to type
Subjects: Fairgrounds, Fairground Organs, Transport, Fairground Rides, Fairground Art, Travelling Entertainment
Conditions of access: Items are available to view by appointment in the NFA reading room
Restrictions none
Copyright: Copies may be supplied or produced at the discretion of National Fairground Archive, subject to copyright law and condition of the material
Finding aids: Photographs available on NFA Digital