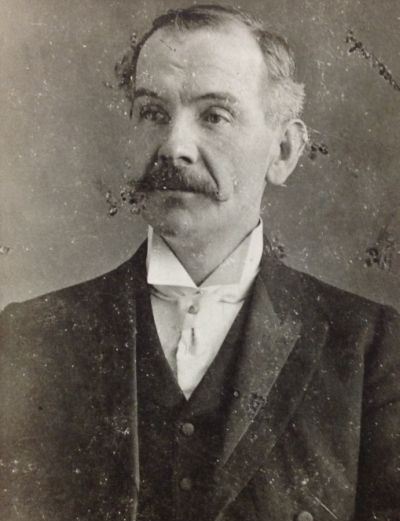 Scope: This collection contains a small amount of archival items and artefacts which belonged to Birt Acres and his son Sidney Birt Acres. The collection also includes books on early cinema, which were used as research material by Alan Acres, while writing ‘Frontiersman to Film-Maker’, and represent the archive created in the process.

Administrative / biographical history: Birt Acres (1854-1918) was born 23rd July 1854 in Richmond, Virginia, U.S.A; a location which his parents emigrated to, in the middle of the nineteenth century, from England. Later the family moved to North Carolina where they had bought a tobacco and cotton plantation, which they lost at the outbreak of the American civil war. Both parents lost their lives while defending the plantation and Acres was left an orphan, at the care of his wealthy aunt in Virginia, aged 10.

Acres showed an interest in inventions from an early age and his aunt, who by then had adopted him, sent him to Paris to study art and science at the Sorbonne Art Studios. While in France, Acres became fascinated with moving images and started to experiment with photography and multi-lens cameras.

On his return to America, eager to prove that he was not dependent on his aunt’s fortune, Acres initiated a journey through the American wilderness as a Frontiersman, trading with Native American tribes and working in lumber camps. Around 1880, Acres decided to return to England to set up a photography and painting studio for the production of portraits in Ilfracombe, Devon. Acres was a keen photographer with a special interest in the chemical and technical processes, which he strived to improve.

Once in England, Acres started to write articles for specialist journals and give lectures. He soon established a reputation for himself as a photographer, inventor and innovator.

In 1891, Acres married Annie Elizabeth Cash (born 1864), whose brother Edward, became the first travelling cameramen in India, under Acres’ tutorship. Acres and Elizabeth had a son, Sidney, and two daughters.

In 1892, while giving a lecture to the Camera Club in Keystone, Acres caught the attention of Hubert Elliott, the leading manufacturer of photographic plates and printing paper, at the time. He offered Acres a position as manager with Elliott & Son, in Barnet, North London. Acres accepted the job and the family moved to Clovelly Cottage, near the factory.

Acres, who was a Fellow of the Royal Meteorological Society, had an interest in taking images of nature and specially producing sequences of cloud formations and waves breaking onto shore at short intervals, which he used to formulate his time-lapse studies. After much experimentation, Acres devised a rapid lantern slide changer, with which he could project successfully a sequential series of photographs creating the impression of motion and anticipating the invention of moving pictures. Acres patented his machine in December 1893 and successfully presented one such sequence to the Royal Photographic Society, of which he was a member.

At the end of 1894 Acres met Robert W. Paul, who was making copies of Edison’s kinetoscopes in the UK. Robert Paul was interested in creating a camera to make films to show on Edison’s Kinetoscopes. Up until then, Edison had controlled the market by only supplying films to operators of his machine. Working in partnership, Acres and Paul built a camera. This was used by Acres to shoot the first successful film made in Britain; ‘Incident in Clovelly Cottage’, in March 1895. The creation of this film made Acres the first man to successfully take and project a 35mm film in England. In the same year, Paul and Acres entered a short partnership, during which Acres shot films of the Oxford and Cambridge Boat Race, and the Derby, as well as simple comic, dramatic and actuality subjects. These included; ‘The Arrest of a Pickpoket’, ‘The Boxing Kangaroo’, ‘Performing Bears’ and ‘The Comic Shoeblack’.

After the partnership between Acres and Paul ended acrimoniously, Acres was contacted by Ludwin Sotllwerk, a German chocolate manufacturing company interested in expanding their supply of film subjects for their Kinetoscope shows. By this time Acres was completely committed to this new enterprise and had already resigned from Elliott & Son, setting up his own company, ‘The Northern Photographic Works’ at 45 Salisbury Road, High Barnet, where he specialised in coating, perforating and processing film. In 1895 Acres was invited to visit Germany to film the opening of the Kiel Canal and the Kaiser. The resulting films were shown in Koster & Bial’s Music Hall in the famous first film show of April 1896.

Upon his return to England, Acres started to work on the construction of his own design for a projector, known as the Kinetic Lantern, The Kineopticon or the Cinematoscope. Acres used his new device in a public lecture at the Royal Photographic Society in London, on 14 January 1896, just weeks before the first screening of the Lumiere Cinematorgraphe at the Polytechnic Institution. Shortly after, Acres started to give commercial projections at Piccadilly Mansions, London. The Kineopticon was the first successful cinematograph camera made in Britain and one of the first in Europe.

Invited by the Cardiff Photographic Society, Acres presented several of his films at the Cardiff Exhibition of 1896. While there, he took the opportunity to film the visit of the Prince and Princess of Wales. While seeking permission to publically exhibit the film, Acres was requested to give a performance by Royal Command before multiple members of the European Royal Families, on 21st July 1896 at Marlborough House.

Acres, wanting to improve on his invention and eliminate the jerkiness on his early projections, continued to develop his kineopticon until patenting a new cinematograph system in 1897. In 1898 he also patented the Birtac Home Cinema; a machine for taking and projecting films for the home enthusiast.

Acres continued inventing and innovating photographic and moving image material all his life. This included the Electroscope; a viewing machine with a built-in-screen, able to project two films alternately upon successive coins being inserted, the Serikon film; which was supplied in rolls up to three hundred feet in length, without joints or seams, and was produced on seasoned celluloid, using an emulsion of Acres’ own recipe, and his last film invention, a slitting machine.

Although Acres enjoyed great success during his career, he saw film as more than entertainment and tried to exploit it mainly on photographic and educational markets. He invested much of his time in lecturing to scientific and photographic societies, which brought him professional recognition but impacted on his profits. By the end of the nineteenth century his business started to decline and by 1909 he was bankrupt.