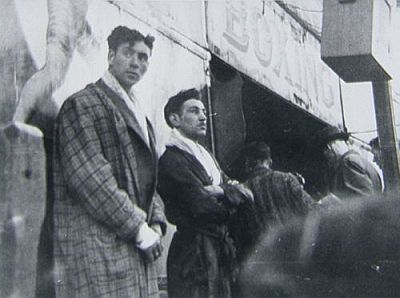 Administrative / biographical history: Harry Furness became involved in the boxing booths as a one time fighter who then went on to promote and manage boxers. His booth was often a means of spotting raw talent and then training and developing any potential champions.

Harry 'Kid' Furness, claimed to have been taught by the master boxer, Jem Mace himself. During his illustrious career as a boxing booth proprietor, matchmaker, referee and promoter he was one of the leading figures in the world of boxing. Denis Fleming, in his book The Manchester Fighters wrote the following tribute to Harry Furness, the Mighty Atom; ‘Furness was irrepressible. Even in this age of hyperbole, he would have eaten any modern day promoter for breakfast. He retained astonishing self confidence throughout his career ... The little man is still remembered and for old-time fighters of the thirties his wheeling and dealing were an essential part of the golden tapestry of their days in the ring. Harry Kid Furness had three things going for him: his endless energy, his overall knowledge of the game and above all, his genuine love affair with the ring.’