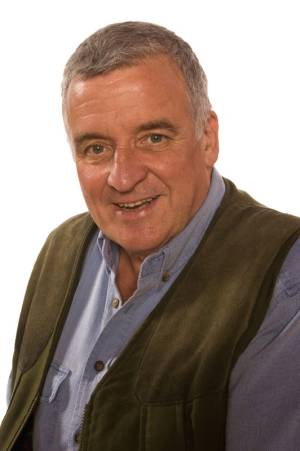 Scope: This collection contains material from Gerry Cottle’s personal collection and has examples of flyers, programmes, vouchers and posters from Cottle and Austen, Circus of Horrors and Cottle’s Circus.

Administrative / biographical history: Gerry Cottle’s career in the circus spans over 50 years. Gerry decided to pursue a career in circus from the tender age of 8 after seeing Jack Hilton’s circus in 1953.

He began working as a juggler in Roberts Brothers’ Circus in 1961 and later joined Joe Gandy’s circus where he developed a range of skills overarching all aspects of the business.

He was billed as Gerry Melville the Teenage Juggler and later, with James Roberts Circus, as the Melvilles which combined roller-balancing and juggling. He married Betty Fossett in 1968, the youngest daughter of circus showman Jim Fossett.

In 1970 he became a circus owner with partner Brian Austen and founded the Cottle & Austin Circus. After 4 years with Austen, the partnership dissolved and Gerry set up on his own.

Cottle’s marketing and publicity stunts ensured the circus grew from strength to strength during the 1970s and in 1976 he was running 2 shows including a season in the Gulf.

By 1993 he had sold his last elephant and toured with a non-animal show. Working again with Brian Austen in the mid-1990s, Cottle created the European Entertainment Corporation, initially to promote the Moscow State Circus, and later the Chinese State Circus and the Cottle & Austen Circus.

Cottle first showcased the Circus of Horrors at Glastonbury in 1995. It was heavily influenced by the French circus Archaos and showed how Cottle’s old fashioned showmanship and promotional skills with high quality acts could move the times, bridging the gap between animal and non-animal performance and developing contemporary circus shows. Circus of Horrors continues to tour today providing hardcore entertainment and thrilling spectacular acts.

In 2003 Gerry Cottle retired from the travelling entertainment world and purchased Wookey Hole in Somerset which he transformed into a mixed entertainment complex including a circus museum, daily circus shows and a range of additional attractions.

Cottle continues his work promoting circus talent. He has set up a school at Wookey hole to develop young talent and also promotes the Turbo circus where 50 acts can be seen in 100 minutes.