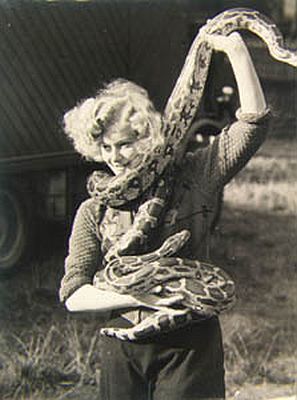 The Shufflebottom collection consists of photographs, diaries, albums, account books and assorted ephemera associated with the family's history on the fair. The photographic material dates from 1890 to the 1960s and covers three generations of the family shows, including the founder, Texas Bill Shufflebottom.

Also included are items from the Waddington Family collection. This collection contains both personal and business correspondence, newspaper cuttings relating to fairs and family, four cash books from the Waddington family from 1898-1908, 1916 and 1927, a poster of the Great Dorset Steam fair from 1985, the 1916 diary of Abraham Waddington, son of J. W. Waddington and other diaries from Arthur Bird. One example is the diary of Abraham Waddington which records his daily life in 1916 in Hull, including accounts of Zeppelin raids and operating a blackout fair. There are also a number of handbills and various items of ephemera.

Administrative / biographical history: The Shufflebottom family business started with William Shufflebottom (1850s-1916), a Buffalo Bill impersonator from Yorkshire, known as 'Texas Bill'. The origins of his first adventures into the fairground are unknown, but according to the family, William went to America with a circus act and saw Buffalo Bill's show. At this point the stories differ, with one branch of the family maintaining that he worked for William Cody and others stating that he came back to England inspired to travel a Wild West show.

His double-wagon show-front included a magnificent Varetto organ with three carved figures, which were copied from photos of William and his wife Rosina, on each side holding rifles, and Buffalo Bill in the centre with a whip, beating time to the music. The organ played the 'Washington Post', which 'Texas Bill' accompanied on the cornet, with a big drum and side-drum joining in and his wife and children dressed in Wild West costumes on the front.

At the time World War I broke in 1914, William was travelling his circus ‘Rifle Bill’s Wild West’ and opened at North Camp, Aldershot for 39 weeks.

The Shufflebottoms employed variety turns from the theatres to change the programme during the winter. When the moving pictures came along they also introduced them into their programme, and are said to be the first to take them into North Wales. William also appeared with the leading circuses of the time including; Ohmy's, Sanger's and Bostock's, as well as at the Agricultural Hall in London.

William married Rosina Jane Bishop (1872- 1937), a 20 year old Plymouth born performer from a showland family with a long history in the travelling entertainment business. Rosina made her debut as a snake charmer at the tender age of three and over the years continued working in the family business in a variety of roles, such as arranging the magic lantern and moving picture shows. Rosina had been one of Sol Reader’s paraders and one of the first female clowns and animal skin performers, as she worked in a bear skin. She was also the lecturer for the slides, which showed the progress of contemporary wars, and could recite the Turkish and Russian scenes as they were shown, and sing the action songs. As part of the Shufflebottom act she performed as a target for her husband on sharp shooting and knife-throwing acts, as well as her own role as a snake-charmer.

William died in a fatal accident in 1916, after sixty years travelling his show, when his horse crushed him during one of his performances.

Upon William’s death Rosina stopped performing and turned her endeavours to managing the family business with her eldest son, John aka 'Texas Jack'. They continued travelling the Wild West Show in Surrey and Sussex, until the great snowfall of 1917 wrecked their tent. The oldest children continued to parade on the bioscope shows for William Taylor, while Richard, Wally and William travelled their own Wild West Shows under Wild West inspired names such as Colorado's Troupe. All the Shufflebottom daughters followed their mother’s footsteps to become targets for their brothers and later their husbands, who for the most part were sharp shooters and knife-throwers. The family shows were renowned for being some of the most attractive and entertaining on the fairgrounds.

Rosina died in 1937 age 65, in the same caravan she lived since her marriage and where all her children were born, in Vale-Road North, Hook, where many members of her family made their winter quarters.

Her youngest daughter, Emmeline Shufflebottom, married Robert Andrew Parkins (Boxing Show Proprietor) in 1931. Son Richard married Laura Birch. Ellen married Albert Comer, and twin sisters Rosina and Elizabeth married Bert Lawrence and Albert Rowland respectively. Wally aka ‘Texas Bill Junior’, the youngest son and an accomplished knife-thrower and whip-cracker, married Cecily Irene Rosaire (died 1991), second daughter of the famous Freddy Rose (born 1912) and Florence Arnold (born 1876), the Rosaire Circus proprietors. Cecily was a rider, trapeze and general artiste. Just before the First World War, Wally was half of a double act, with his brother Fred, called ‘Fred and Wal Ellis'. He also teamed up with Derrick Rosaire to form 'Shufflebotham's Circus' in 1946 and 1947. Wally was one of the last showmen to present a live Wild West Show on the British fairgrounds in the 1960s, he died in 1998 age 89.

Lizzie paraded on her father's Wild West show, with her twin sister Rosina and eldest brother John 'Texas Jack'. She married Albert Rowland and died at Hyde, on the fairground in 1953. Margaret married twice; first John Willie Waddington, grandson of Abraham Waddington. John Willie had an untimely death in 1932, aged 34, and Margaret continued to travel his Steam Yachts in the Eastern Counties and later re-married her foreman Arthur Bird.

The Waddington family business started with Abraham Waddington Senior, a roundabout proprietor and innovator, who took out several patents in the late nineteenth century for improvements to fairground machinery. Amongst his earliest machines was a set of bikes which were travelled with a chain-drive traction engine. Later he bought a Sea on Land, built in King's Lynn by Frederick Savage. The ride was powered by a McLaren Traction Centre Engine which had been driven onto an 18 foot gantry.

When Abraham Senior died, the business was continued by his widow, Mrs Hannah Waddington, and their son John William Senior (1874-1928). Mrs Waddington travelled her Gondola Switchback and later a Tunnel Railway. John Willie Senior, who continued the ride after the death of his parents, married Susannah Lee and had two sons; John William Junior (1898-1932) and Abraham Junior in (1900-1918).

By the turn of the century Waddington had a set of 4-abreast Ostriches, his own Switchback, joined in 1901 by the first set of Steam Yachts and later a Bioscope show. In 1905 he had eight replicas made of his De Dion motor car and those replaced the Gondolas on his Switchback. Much of the equipment was sold by the outbreak of the Great War and just the Yachts were kept, although the sons bought their own set in 1914. John Willie Senior's youngest son Abraham Junior wrote a diary in 1916 which provides us a graphic account of life for the showpeople during the First World War.

Abraham Junior died in the great influenza epidemic of 1918 age 18. His father John Willie Senior continued to travel his yachts throughout Yorkshire until his death at the age of fifty four in 1928. His remaining son, John Willie Junior, married Margaret Shufflebottom of the Wild West Shows and they continued to travel the yachts in the Eastern Counties. John Willie Junior died in 1932 age thirty four, after his death, his widow Margaret continued travelling the Yachts in the Norwich area and later remarried her foreman Arthur Bird.

The original Savage Yachts new to Waddingtons in 1901 still survive. On Mr Waddington's death they passed to Walter Waddington's son, Herbert, and on his death to his daughter Priscilla, who married Harry Lee. For many years they were the only set of Steam Yachts travelling and later they were owned by a private collector in Lincolnshire.