Today we woke up to the sad news that cicus has lost one of its legends with the passing of Gerry Cottle due to Covid-19. 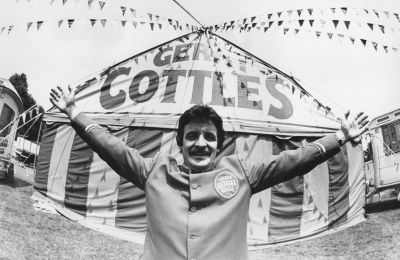 Gerry Cottle first felt in love with circus after a visit to Jack Hilton’s Circus at Earl’s Court at the age of eight. He began working as a juggler in Roberts Brothers’ Circus in 1961 and later joined Joe Gandy’s circus where he developed a range of skills overarching all aspects of the business. Over the next eight years he appeared in numerous shows as Gerry Melville the Teenage Juggler and later, with James Roberts Circus, as the Melvilles which combined roller-balancing and juggling. Gerry married Betty Fossett in 1968, the youngest daughter of Jim Fossett.

In 1970 driven by his ambition to become a circus impresario, Gerry decided to start his own circus. He partnered up with Brian Austen to form Cottle & Austin Circus, which they run together for four years. 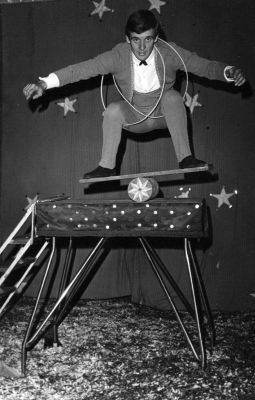 Gerry's marketing and publicity stunts ensured the circus grew from strength to strength during the 1970s and in 1976 he was running two shows including a season in the Gulf. Working again with Brian Austen in the mid-1990s, Cottle created the European Entertainment Corporation, initially to promote the Moscow State Circus, and later the Chinese State Circus and the Cottle & Austen Circus. Alongside this Cottle was part of the hugely successful Seaside Special, which was essentially a variety show held in a big top by the seaside and ran from 1975-1979.

Faced by a growing boycott of animal acts by local authorities in the early 1980s, Gerry started to sell his animals and by 1993 he was touring a non-animal show.

Gerry’s most radical departure from traditional circus however, was the opening of the Circus of Horrors at Glastonbury in 1995, which was heavily influenced by the French circus Archaos and demonstrated how expert showmanship and high quality acts will always be relevant and key to the success of the business.

In 2003 Gerry Cottle retired from the travelling entertainment world and purchased Wookey Hole in Somerset which he transformed into a mixed entertainment complex including a circus museum, daily circus shows and a range of additional attractions. 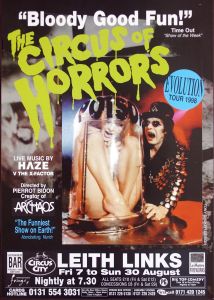 Gerry’s unique achievement was in bridging the gap between animal and non- animal performance and incorporating the elements of French New Circus into his contemporary circus shows. Through skilful use of television, high-powered stunts and sheer showmanship, he made Gerry Cottle’s Circus arguably the most famous circus in Britain at that time, bridging the gap between the traditional family audience and the modern rock-and-roll adult show. His decision to celebrate his fifty years in the business by touring Gerry Cottle’s Circus: 50 Acts in 100 Minutes in 2011, demonstrated that his love for the circus was as true then as it was in 1962 when he first made those fledgling steps to be part of a business which he truly made his own.

Gerry died on 13 January 2020, aged 75, victim of covid-19, a cruel disease that has taken so many loved ones across the globe. He will be sadly missed.