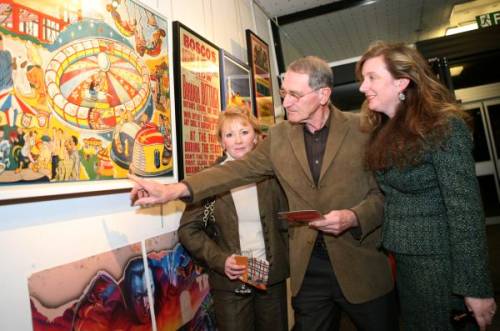 Scope: The Charles Taylor collection is a fine example of Taylor’s of Wombwell printers’ posters, which highlight changes in printing techniques, fashion and taste within the popular entertainment industry. Included are examples of posters for pantomimes, fairs and circuses. The collection also contains handbills and other advertising material.

Administrative / biographical history: Taylor's of Wombwell began as a small local jobbing printer in the 1890s in the then small mining town of Wombwell in Southern Yorkshire. The founder, Albert Taylor, supplied the printing needs of this small community and surrounding area. Taylor's two eldest sons were responsible for catapulting the family business into the world of showbusiness.

Returning home from the battlefields of World War I, Taylor's two eldest sons had a lucky break when they managed, at short notice, to print the publicity for a London theatrical agent whose touring show was just about to open in Barnsley. In order to fulfil the order, the brothers had to saw up the kitchen table in the shape of a gigantic "W" for the posters. Their effort so impressed the agent that he promised the brothers the bulk of his future business. He was true to his word and this proved to be the foundation on which the successful business was built.

By the mid-1920s they were one of the leading printers of entertainment industry advertising in the United Kingdom with music hall, fairground and circus showmen among their national client base. The firm became a limited company in the 1920's; and in the 1950s, Taylor's (Theatrical) Printers Ltd. was established to separate the commercial from the theatrical side of the business.

The beautifully-drawn chromolithographic pantomime posters in the collection provide a fascinating visual record of how travelling entertainment forms were marketed throughout the twentieth century.