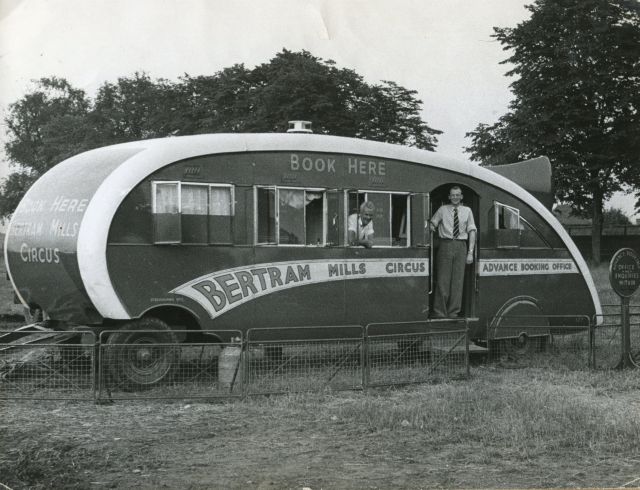 Administrative / biographical history: Vernon Stumcke (1926-2017) aka Joe, was a third generation showman, with strong links to Bertram Mills Circus and the UK fairground entertainment industry. Vernon, his father, Gordon and his grandfather Frank, all worked in the fairground industry at Southend on Sea, particularly at the Kursaal, but also at other sea-front locations during the early 20th Century.

The Kursaal, in Southend-on-Sea, opened in 1901 as part of one of the world's first purpose-built amusement parks. The Kursaal site was opened in 1894 as the 'Marine Park and Gardens'. In July 1901 they opened a grand entrance pavilion, the Kursaal Palace, designed by George Sherrin and John Clarke, containing a circus, ballroom, arcade, dining hall and billiard room. Southend's Kursaal became the largest fairground in the south of England.

In 1910 the Kursaal was bought by Luna Park and Palace of Amusements (Southend) Ltd. The park was renamed accordingly to Luna Park and opened a large list of attractions, including the Harton Scenic Railway and Figure of Eight roller coasters, a miniature railway, Astley's circus and a cinema. Luna Park was claiming 100,000 visitors per week at the time.

Vernon and Gordon Stumcke also worked for Bertram Mills Circus from the 1930's to the 1960's. They both worked for many years for Betram Mills travelling around the country while on tour and at Olympia in the winter seasons. Additionally, they managed their own fairground attractions in the summer.

Vernon collected the material over the years, and in later life compiled them into folders with notes, recording his personal memories.