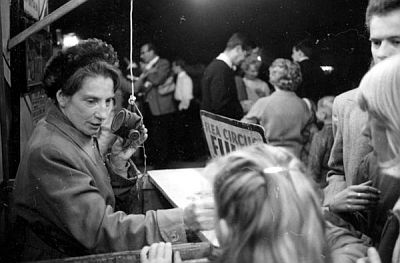 Administrative / biographical history: The Testo family first came to England from France in the late 1700s in the form of 20 year old conjurer Felix Testot (senior). According to his descendants Felix Testot was quite a well-known performer in France. However, the fall of the aristocracy following the French revolution in 1789 created a decline on the demand for his services and Felix decided to cross the Channel into England.

The second Felix Testot and the one who started the current Testo family in England, was the son of Felix Testot (senior). Felix Testot was born in 1799 and performed in most large English towns as well as private and charitable functions from the 1820s onwards, returning to France for a brief period of time at some point during the 1830s, when he performed in front of Louis Philippe, from whom he received a certificate of approbation.

The earliest record of the Testots in magic literature appeared in 1876 in Frost’s ‘Lives of the Conjurors’ where Testot was described as ‘A French professor of the art, who had gained some repute in his own country, and performed before Louise Philippe, who gave him a certificate of approbation, came to England, and performed in most of the English provincial towns’. Testot was also mentioned in ‘The Unmasking of Robert-Houdin’ written by Houdini in 1908, probably referring to Testot (senior).

Testot’s shows were a family affair involving his wife and later his son, Felix Testot Jnr born in 1830. The shows were regularly accompanied by variety and speciality acts such as strong men, acrobats and exhibitors of mechanical wonders, which provided added entertainment. During the 1830s and 1840s Testot also added optical illusions to his show ranging from optical exhibitions to dioramic views and other visual tricks based on the use of mirrors.

Testot’s most renowned acts were the ‘Ne Plus Ultra of the Cabalistic Art’, the ‘Loaf Trick’, the ‘Transformation of a Bird to a Child Growing into a Lady’ and the ‘Dancing and Speaking Money’.

As well as an accomplished magician, Felix Testot was a skilful juggler and a generous benefactor to charity. Testot and his family travelled the breath of the United Kingdom including Scotland, Ireland, Wales, the Isle of Man and the majority of the English counties for twenty years.

Felix Testot jnr was the oldest son of Felix Testot and travelled and assisted his father as a conjurer, juggler and violinist on stage until his late teens when he settled down in Coventry as a musician, married a local girl and joined the Coventry Orchestra. The branch of the Testot family that evolved from them moved into Music Hall and Variety as well as Picture Houses, remaining in the popular entertainment business although not travelling.

Testot had another son William (1840-1899), whose descendants continued entertaining the masses in the travelling fairground with a diversity of acts and shows such as melodramas, marionettes, bioscopes, roundabouts and the famous flea circus.

William Testot married Susannah McPherson and had nine children, who also followed his father’s footsteps into the fairground. Felix the eldest of William’s children took his father’s marionette act upon his death and travelled it around Wales, eventually settling in Swansea, while Henry and Alfred married two sisters, Louise and Emily Chipperfield of the famed circus family.

Susannah took over the family business upon her husband William’s death and was quick to react to changes and embrace new technological developments. Susannah set to compete with the bioscope pioneers in the fairground by modifying the travelling theatre previously used for the marionette show and travelling an early moving picture show. The new show was a success and soon developed into a lavish show front made by W.G. Walford of Hull, called ‘Testo’s Electric Biograph’.

Up to this point the shows were travelled on horse and carriages, until the next technological wonder revolutionised the fairground, the steam engine, towing equipment, trucks and living wagons as well as generating electricity.

In 1906 the Testos presented the first films to be shown in Newcastle, including titles such as ‘Lens Colliery Disaster’, ‘The Life of Charles Peace’ and ‘Too Late to Turn Back’, with commentaries by Alfred, the youngest son of William and the only one to attend school and be able to read.

The success of moving pictures in the travelling fairground made it difficult to present an original show for a prolonged period of time with picture shows springing everywhere. The Testo moving picture show declined and the family acquired a large roundabout they travelled around the North East and which they christened ‘The Durham Riding School’.

At this point all of William’s and Susannah’s children were married; Henty to Louise Chipperfield, Alfred to Emily Chipperfield, William to Kate Buchanan, Alexander to Winifred Merrick, Mary to Mr Berry, Susan to George Biddall of the renowned Biddall family famous for their Ghost Shows and accomplishments as circus performers and finally Harriette to William Noble, the founder of the Noble Organisation.

Gradually the family broke up until only Henry and his mother remained travelling ‘The Durham Riding School’, which eventually was substituted by a Scenic Railway. At this point WWI broke and the Scenic Railway proved a failure and Susannah and son Henry moved onto their next business venture at Witton Park, where the rented a hall which they converted into a permanent cinema.

The family also continued the puppeteering tradition which they passed onto Henry’s children and which allowed them to run several businesses at the same time. His eldest son, also called Henry, joined the army in 1915, in spite of being under age and was sent to the battle fields from which he returned in 1918 shell-shocked and suffering from the effect of poison gas.

Susannah died in 1924 and was buried with her husband at Shildon. Henry then moved to Hartlepool, where he purchased a large piece of land, now known as Crimdon Dene caravan Holiday Park.